Toni Kroos is determined to land a fifth Champions League crown with Real Madrid and ensure that he heads into retirement, whenever that day comes, with no regrets from his playing days.

The classy midfielder is only 31 years of age and has no intention of hanging up his boots any time soon.

For him, there are still many more trophies to be chased down.

He has already experienced what it is like to land the biggest of those, with league and cup success savoured with Bayern Munich and Real.

The Germany international is also a World Cup winner, but he is eager not to rest on his laurels and to keep ambitions as lofty as possible.

In 2020-21, that means lifting European football’s grandest prize again with the Blancos.

Kroos has told the Tomorrow Podcast: “When you have felt what it feels like to win a Champions League, you want to feel it again and again.

“You may not be able to do it for a few years, since others also want to see what it is like, but that desire to relive the experience doesn’t go away.

“Despite having won it four times already, I continue to pursue the objective of winning the Champions League for the fifth time.

“It will be difficult and, if in the end it is doesn’t work out, then they won’t shoot me either. Of course, while I’m still active I want to squeeze the most out of the time I have left.”

Kroos spent seven years as part of the first-team fold at Bayern before securing a high-profile switch to Madrid in 2014.

He has taken in over 300 appearances for Real, to go alongside the 101 caps he has earned for his country, and a relentless desire to be the best will never leave him.

Kroos added on his pursuit of tangible success: “It is something that is demanded at the club where I play.

“Here, past success belongs to yesterday. The most important thing is the present and the conquest for the next possible title. People are taught not to be satisfied with having won this or that title.

“Real Madrid’s self-demands are very similar to mine, since one day I intend to put an end to my career in the most successful way possible.

“I don’t want to leave titles along the way that I will regret later.”

Defending La Liga champions Real, who currently sit seven points off the title pace in Spain, are set to face exciting Serie A side Atalanta in the last-16 of the Champions League – with the first leg of that contest due to be staged on February 24.

Thu Jan 28 , 2021
“Newly-signed Maritzburg United goalkeeper Marcel Engelhardt is excited to begin a new chapter in his career after joining South Africa’s Premier Soccer League with the Team of Choice,” a club statement read “Engelhardt, who has signed a two-and-a-half year deal, arrives from Eintracht Braunschweig, a club based in Braunschweig, Lower […] 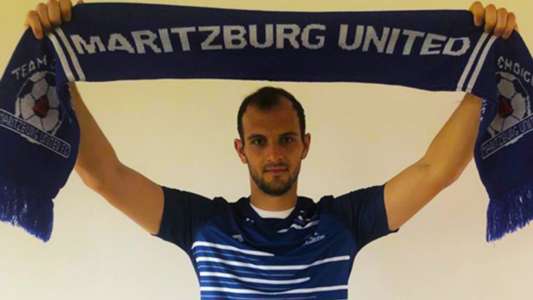