Shamil Tarpishchev, the president of the Russian Tennis Federation (RTF), says that the dates and the venue for the 2020 Kremlin Cup will be announced only after June 15th when the governing bodies of tennis meet to decide the tennis calendar for the rest of the season.

Shamil Tarpishchev on the Kremlin Cup

Tarpishchev was speaking on to TASS about the current situation related to the 2020 Kremlin Cup in Moscow, which was originally scheduled for October 19-25. “We cannot say anything definite at the moment.

We have numerous options, but we may start speaking about something definite only after June 15, when all involved organizations, including representatives of the ATP and WTA will gather for a session. Only after that date there will be some certainty about the tournaments, including the Kremlin Cup.”

Currently, all tennis tournaments till the end of July have been cancelled due to the global pandemic. A decision on the rest of the season is expected by mid-June. To date, nearly half-a-million coronavirus cases have been confirmed in Russia, with 252,783 patients having recovered from the illness and more than 6,300 deaths.

The RTF president also told TASS earlier that Russian national tennis teams list 235 players and 222 of them were on self-isolation in Russia during the pandemic. “As of today, all our tennis players returned to trainings and they are all healthy”, adding that during the self-isolation period he maintained a regular contact with all players of the national teams.

The Kremlin Cup is played on indoor hard courts. It is currently part of the ATP World Tour 250 series of the ATP Tour and is a Premier Tournament on the WTA Tour. It was held annually at the Olympic Stadium in Moscow, Russia, from 1990 to 2018.

The 2019 edition of the tournament will be held at the Ice Palace Krylatskoye. The tournament started as a men’s only event during the first years of its run, before it became a joint men’s and women’s event in 1996.

'How many black people do you see coaching?' - Howard reveals why ex-team-mate Distin shied away from management

Tue Jun 16 , 2020
The defender has more Premier League appearances than any other foreign outfield player, but that wasn’t enough to make him believe he could coach Former Everton and USMNT goalkeeper Tim Howard says ex-team-mate Sylvain Distin told him he wasn’t planning on going into management due to the lack of black coaches […] 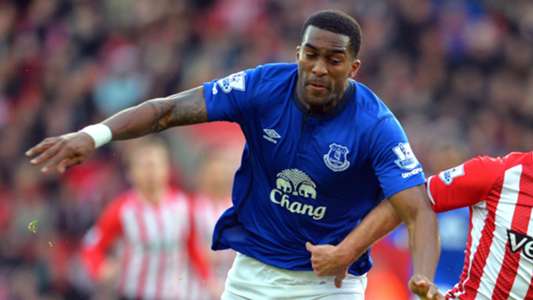