Mohammed is currently a free agent after his two-year contract with Nkana FC of Zambia came to a close at the start of June.

Batoto ba Mungu boss Elly Kalekwa has now revealed to Goal they have already made their first approach for the services of the player and are now waiting for his response.

“I held a meeting with Mohammed, we have been talking and gave him an offer we feel he deserves, he asked us to go and think about it, so we are waiting for him to get back,” Kalekwa told Goal on Tuesday.

“Mohammed told us he does not want to rush into signing a deal before he goes through it, and as a club, we gave him time to go and look at it, it is a good offer which fits the player and I cannot reveal further details until he puts pen to paper.”

In a recent interview, Kalekwa told Goal he was a keen admirer of the defender who guided Gor Mahia to five Kenyan Premier League (KPL) titles before he left for Nkana FC of Zambia where his contract ended in June.

“It is not an open secret Sofapaka have always wanted to sign Musa [Mohammed], since we engaged him last season before he left for Zambia,” Kalekwa told Goal.

“I am informed he is now a free agent after ending his contract with Nkana but we have not reached out or talked to him, we will talk to him when the right time comes, he is a good player, who can fit in well into our squad and give us the leadership quality that we want in the team.”

Tanzanian giants Young Africans (Yanga SC) are among the clubs that have reportedly shown a keen interest in signing the defender.

Mohammed featured for K’Ogalo from 2010 to 2017, before moving to Albania for a short stint with KF Tirana.

When he ended his contract with the European club, he returned home before moving to Zambia in 2018.

Tue Jul 28 , 2020
The Anglo-Nigeria netted a sublime away goal to help the Cottagers keep their English top-flight promotion hopes alive Fulham midfielder Josh Onomah has dedicated his goal in their first leg of the semi-finals of the Championship play-off against Cardiff City on Tuesday to the club’s manager Scott Parker. The 23-year-old’s […] 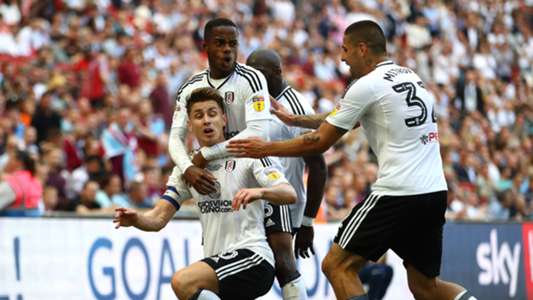