Ghanaian side Hearts of Oak and Serbian coach Kosta Papic have gone their separate ways, the club has announced.

The two parties part company after barely three months of association. It was the coach’s second stint with Hearts, the first spell in 2009 also ending unceremoniously.

According to a statement by the Phobians, the separation is partly due to a run of poor performances.

“Both members of the technical team tendered in their resignations on February 15, 2021.

“The coach in his resignation letter stated: ‘My reasons are partly personal, also for the fact that I am not getting the desired and needed results and I have no hope that it’s going to change’.

“The club and Kostadin Papic have both acknowledged that recent results and performances have not met expectations and agreed on the need for new technical leadership.

“The club would like to thank Papic and Ben for their time at Hearts of Oak and wish them success in their future endeavours.”

Under Papic, who began his second stint with a 3-0 win over Dreams in the Ghana Premier League, Hearts have won four of 10 matches, drawing three times and losing three matches. His last match ended in a 1-1 draw with Legon Cities, leaving the Phobians 11th on the league table.

“In the interim, the club’s U15 coach Samuel Nii Noi will lead the team at training until a new head coach is appointed,” the statement added.

“The club will be making no further comment until a new coach is appointed.”

The 60-year-old has also worked in Nigeria, coaching Lobi Stars, Enugu Rangers, Enyimba and Kwara United, while in Tanzania he worked with Young Africans.

Between 2018 and 2019, he had a brief spell as head coach of the eSwatini national team.

Hearts are the second most successful club in the history of the Premier League, having won the title on 19 occasions. They were Caf Champions League winners in 2000, Caf Super Cup victors in 2001 and Caf Confederation Cup champions in 2004.

Tue Feb 16 , 2021
The ex-Bianconeri defender has hailed the “hunger” of a Portuguese superstar that he considers to be an “incredible” footballer Cristiano Ronaldo can be considered “the best finisher of all time”, says Andrea Barzagli, with the former Juventus defender saluting the “hunger” of an iconic former team-mate. A Portuguese superstar has […] 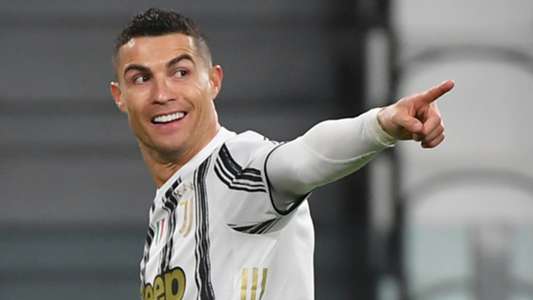