It has been suggested that the Dutchman’s position is under threat following last weekend’s Clasico defeat, but he intends to honour his contract

Ronaldo Koeman has shut down the “strange” questions that have been asked over his future at Barcelona ahead of Saturday’s Copa del Rey final.

Koeman was handed a two-year deal at Camp Nou after being drafted in to replace Quique Setien last August, and has endured a turbulent first full season in charge.

Barca went out of the Champions League at the round of 16 stage and their La Liga title hopes were damaged by a Clasico defeat to Real Madrid last weekend, but the Dutchman thinks critics have been getting their knives out far too early.

Koeman can win his first trophy at the helm if Barca beat Athletic Club in the Copa del Rey final, and they have eight games left in La Liga to try and bridge a two-point gap on current leaders Atletico Madrid.

Asked to address reports that he could be sacked if he fails to deliver any silverware, the 58-year-old told a pre-match press conference: “It’s a little bit strange that I need to answer these type of questions because we had a run of 19 games without losing.

“We’re losing one game and I already need to talk about my future? Maybe I need to accept this. I have one more year of contract. I know it’s a big pressure and I can handle that but sometimes it’s a little bit strange.”

Koeman went on to insist that he has the full backing of newly re-elected Barca president Joan Laporta and that he fully intends to see his contract through to its 2022 expiry date.

“I’ve got another year on my contract and I know what’ll happen if we win or if we lose [against Athletic Club],” Koeman said. “I’ve spoken with the president and he’s shown confidence in me.

“I don’t think that every time something is written about a coach the president should have to give him a vote of confidence.”

Barca struggled for consistency in the early stages of Koeman’s reign and fell way behind Atletico in the La Liga standings as a result, but did impress in the Champions League as they qualified for the last 16 as Group G runners’ up behind Juventus on goal difference.

Paris Saint-Germain knocked the Blaugrana out 4-1 in the first knockout stage, but their performance in the second leg of the tie served as proof of significant progress, with Lionel Messi leading from the front by scoring a stunning long-range goal in the 1-1 draw at Parc des Princes.

Barca won all three of their subsequent La Liga matches, including a 6-1 drubbing of Real Sociedad, but missed the chance to go top of the league after losing 2-1 to arch-rivals Madrid at Estadio Alfredo Di Stefano in their latest outing.

Koeman will hope his side can get back on track by winning the Copa del Rey final before their focus shifts to a meeting with Getafe on April 22.

Fri Apr 16 , 2021
The Turkish champions have secured the services of the Malian star following her fine outing at Israeli outfit Maccabi Kiryat Gat Turkish Kadinlar Ligi side ALG Spor have completed the signing of Bassira Toure from Israel’s Maccabi Kiryat Gat, on a one-year deal. The 31-year-old had arrived in Turkey a […] 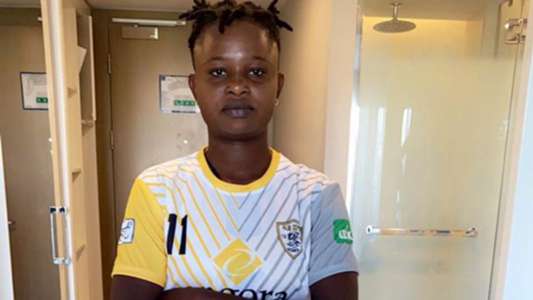