Ronald Koeman has said expectations need to be reined in at Barcelona, claiming the Catalans are not in a position to win trophies at the moment.

Barca have won four on the spin in La Liga, but they are 10 points adrift of leaders Atletico Madrid and will need to get past Paris Saint-Germain in the round of 16 if they are to keep their UEFA Champions League hopes alive.

Koeman’s side face Athletic Bilbao at home in La Liga on Sunday, and he has stressed that the club are in a transition phase and talk of winning silverware should be curbed.

“I have said several times that this is a season where we are changing things, we are opting for young players,” Koeman said during Saturday’s pre-match press conference. “Barcelona are not about to win a lot of things right now.

“We know our situation in La Liga, it’s complicated.”

“Until the day it’s no longer possible, we’ll be looking to win. In the Champions League there are more teams. There is no clear favourite.”

Koeman has cut a frustrated figure during the January transfer window, as he has been told there are no funds available to sign players.

Eric Garcia of Manchester City remains on the radar, with personal terms reported to have already been agreed, and Koeman is hopeful the defender will arrive in the summer if a deal cannot be done in January.

“It’s always important to have someone at the club working to improve our squad, if not in January for next year,” the former Netherlands coach.

“It doesn’t bother me because it’s a job the club has to do. The players don’t have to be bothered by these issues, because we talk to them every day, they take part in the games…. These things happen at any club in the world and I don’t see any problem.

“I spoke to [Manchester City boss] Pep [Guardiola] on his birthday, but I didn’t talk about Eric Garcia because it’s not my job.

“He is surely coming next season [by joining on a free transfer in the summer] and if it is not possible this January, we’ll accept it and move on.” 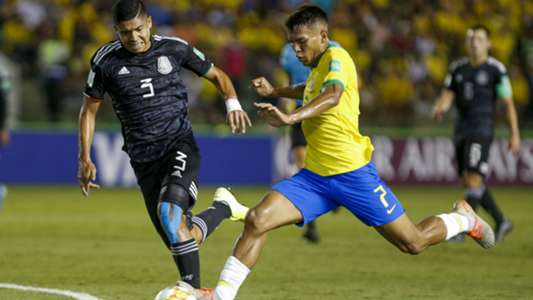