The Blaugrana boss says a new president at Camp Nou will have the final say on recruitment calls, with his focus locked on the present

Ronald Koeman will leave any decision regarding moves for Kylian Mbappe or Erling Haaland in the hands of an incoming president at Barcelona.

The Liga giants are set to select a new figurehead on March 7, with there several issues in urgent need of addressing on and off the field.

Identifying transfer targets will form part of that process, with it suggested that the Blaugrana’s efforts to bring in a new No.9 will see them launch raids on Paris Saint-Germain or Borussia Dortmund.

Quizzed on supposed interest in two exciting strikers ahead of a meeting with Elche on Wednesday, Koeman told reporters: “Haaland or Mbappé? That will depend on the new president.

“We have to focus on ourselves. Important games are coming up.”

Can Barcelona make a marquee signing?

Financial issues are causing serious concern at Camp Nou, with it revealed that Barca are €1.2 billion (£1.1b/$1.5b) in debt.

Ambition is not being reined in though and Toni Freixa, one of the presidential hopefuls, has claimed that it will be possible to complete a marquee signing such as Mbappe or Haaland.

The Blaugrana would, however, face fierce competition for the France and Norway internationals if scrambles for their respective signatures are to be sparked, with a number of leading sides across Europe placing them onto recruitment radars.

What else has Koeman had to say?

The Barca boss has sought to assure under-fire Clement Lenglet that he retains the full backing of the club’s coaching staff, with the French defender pictured leaving Camp Nou in tears after another error-strewn showing in a 1-1 draw with Cadiz last time out.

Koeman said of the centre-half: “I spoke to Lenglet this morning, he’s a great professional and he takes everything very personally.

“But as I said, we also made a lot of mistakes in attack, we could have made a second goal and with a 2-0 lead, such a play is not so decisive.”

The Dutchman has also refuted claims from former Barca defender Jeremy Mathieu regarding a lack of on-field leadership in his ranks.

Koeman added, having seen it suggested that Xavi remains a big miss in Catalunya: “There are leaders, there are captains like [Gerard] Pique, [Sergi] Roberto, [Sergio] Busquets and [Lionel] Messi.

“There is enough personality. They must lead the way and are important to show young players where we’re going.” 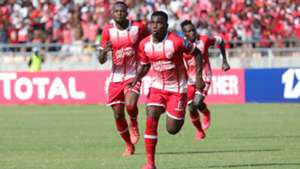