Jules Kounde dribbled straight through Umtiti in the first half on the way to scoring Sevilla’s opener, while Umtiti kept Ivan Rakitic onside before the Croatian scored his side’s second in the 85th minute against his former club.

Sevilla won the semi-final first leg 2-0, leaving Barca with plenty of work to do in the second leg at Camp Nou on March 3.

“We left a lot of space in the first goal, not just in defence, but from the midfield,” Koeman told a press conference after the match.

“And in the second goal we have not done a good job creating the offside. Umtiti was good in the game. He made mistakes like everyone else does.

“It’s part of football. It’s not fair to go after him. We all lose and we all win together.”

Umtiti has struggled through a difficult time at Barca recently, making just 18 total appearances last season as he battled injury and poor form.

The 27-year-old has been linked with a move away, with his former club Lyon reportedly keen last summer.

The France international did not make his 2020-21 season debut until December as he battled a knee injury, but has recently worked his way back into Koeman’s plans.

Umtiti has now started five of Barca’s last six matches in all competitions as he looks to rebuild his Camp Nou career.

What’s next for Barcelona

Koeman’s side will face Alaves in La Liga on Saturday before a much-anticipated Champions League last-16 first leg against PSG on Tuesday.

Thu Feb 11 , 2021
Ghana striker Richmond Boakye Yiadom reveals he has been inspired by Polish striker and Bayern Munich legend Robert Lewandowski to play in the central European country. The striker sealed a short-term move to 14-time league champions Gornik Zabrze on Tuesday, a deal which lasts until the end of the season. […] 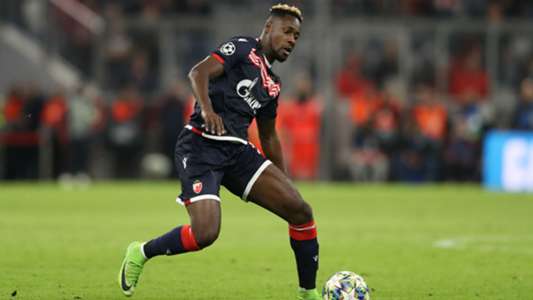