The Reds boss saw his Egyptian frontman net twice at Old Trafford, but a testing run of results was extended by a 3-2 defeat in FA Cup competition

Jurgen Klopp has vowed to get his attacking unit at Liverpool firing again, with Mohamed Salah offering cause for optimism during an FA Cup fourth-round defeat to Manchester United.

The Egyptian frontman, who has seen questions asked of his future over recent weeks, bagged a brace against the Red Devils at Old Trafford.

Those efforts were ultimately in vain, as Ole Gunnar Solskjaer’s hosts battled their way to a 3-2 win, but Liverpool were able to take positives from that contest.

The reigning Premier League champions have taken just one win from their last seven games in all competitions, going five outings without success in top-flight action, and have seen goals dry up.

Salah showed against United that he has lost none of his touch, with the challenge now being to get Sadio Mane, Roberto Firmino and the rest of a supporting cast back up to speed.

Klopp is ready for that test, telling reporters when asked whether confidence has become a concern for his star-studded side: “I don’t want to make that every week now. I didn’t see any confidence problems [against United]. But what we said is when you don’t score for a while it’s not good for the confidence, obviously.

“The best strikers in the world can tell you they all had moments when they didn’t score with each chance. But it’s all about how you deal with it. We are on it, believe me, and we will sort that.”

The tough tests keep on coming for Liverpool as they attempt to shake themselves out of an uncharacteristic rut, with a trip to Tottenham set to be taken in on Thursday.

Klopp remains confident that a spark will be rediscovered by a side that had been sweeping aside all before them prior to Christmas.

The German tactician added: “There’s no doubt about my trust. But trust doesn’t mean we are not critical of ourselves, it’s not that I say, ‘You did everything right in the last few years so now I don’t care if you made some mistakes.’ That’s not like this.

“We are really in the situation 100 per cent. But you don’t have to worry about us, as a group we are really together. We know it.

“Nobody thinks about the very good things that happened in the last few years – nobody. We are just in this moment and try to win football games again. That’s all.”

Mon Jan 25 , 2021
The England international has been tipped to leave Old Trafford before the January transfer window closes Ole Gunnar Solskjaer spoke out on Jesse Lingard’s future after leaving him out of Manchester United’s FA Cup clash with Liverpool on Sunday. Lingard has gradually fallen down the squad pecking order at Old […] 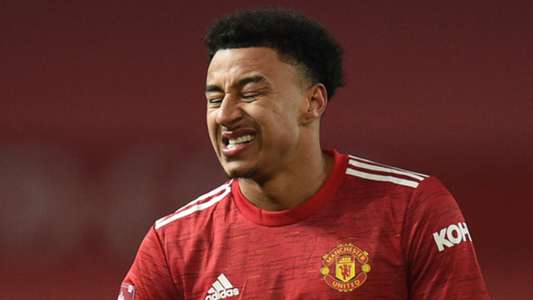