Jurgen Klopp has revealed the secret behind his dream substitution during Liverpool’s win over West Ham on Sunday.

Three second-half goals, two from Mo Salah and one from Gini Wijnaldum, gave the Reds a precious 3-1 victory at the London Stadium to lift the reigning champions to third in the Premier League table.

After a tight first 45 minutes, the game exploded into life 13 minutes into the second half when Salah curled in the first goal in trademark fashion.

The assist came from Curtis Jones, who had been introduced for James Milner just seconds earlier. Klopp and Milner were initially seen exchanging words on the touchline, and then laughing together once Salah had netted.

Afterwards, Klopp smiled when asked what had been said between the two.

“He was not unhappy,” he told his post-match press conference. “At half-time we changed the formation a little bit, and Milly was a little bit deeper, like a double six with Gini, Thiago slightly higher. Milly’s hamstring had stiffened up slightly, so we told him ‘be controlled, more passing than running’, stuff like this.

“But it was clear we would take him off, we just waited until Curtis was properly warmed up. Then I saw the last long, long sprint Milly had and I thought we’d missed the moment! I was really, really worried.

“He came off and said ‘you tell me I have to play deep and run less, and now you take me off!’ but then he came back [after Salah’s goal] and said ‘yes, good point, good decision!’ All fine.”

Klopp also revealed his final instructions to Jones, who marked his 20th birthday with a game-changing performance off the bench, and paid tribute to Xherdan Shaqiri, whose last act before being substituted was to set up Salah’s second goal with a glorious pass that the Egyptian finished off in magical style.

He added: “The last words I told Curtis, actually, were ‘please, be cheeky, try something, be active’. I didn’t think he’d start like that with his first touch!

“Shaq’s last ball was an incredible ball. He played really good, maybe he could have played 90 minutes but the problem at the moment is we just don’t know. He didn’t play plenty of games, he had injury problems, and my mood is constantly concerned about injuries.

“We try to save everybody, like we did with Milly as well. But as far as I know nothing happened injury-wise, we played a good game and got three points, which was absolutely brilliant.”

Klopp would not be drawn on Liverpool’s imminent move for Preston centre-back Ben Davies in his post-match press conference, but Goal can confirm that the Reds have agreed a £2million fee for the 25-year-old, who will undergo a medical on Monday morning.

Sepp van den Berg, the 19-year-old Dutch defender, will move to Deepdale on loan as part of the deal.

Sun Jan 31 , 2021
The Parisians surrendered their lead to crumble against the relegation-threatened side in Sunday’s Ligue I encounter Super-sub Terem Moffi was Lorient’s hero having scored the winning goal as the Merlucciidaes shocked Paris Saint-Germain 3-2 in Sunday’s French top-flight clash. With the encounter at the Stade du Moustoir heading for a […] 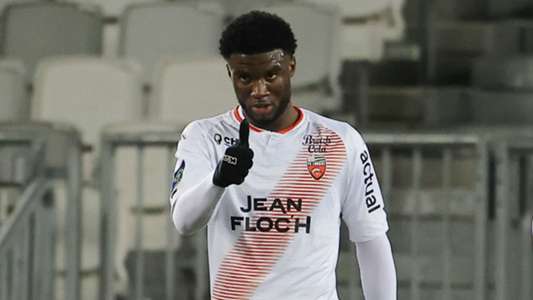