Naby Keita will not travel with Liverpool for their Champions League clash against RB Leipzig in Budapest, while James Milner and Fabinho will need to prove their fitness after missing training on Monday.

Reds boss Jurgen Klopp, who earlier in the day dismissed talk that he was set to quit as Liverpool manager, says Keita is fit again following a hamstring problem but feels it wise that he does not make the long trip to Hungary.

Fabinho did not feature in the defeat to Leicester on account of a muscle injury, whille Milner only lasted 17 minutes of the 3-1 loss on after picking up a hamstring problem.

“Naby is no longer injured but he’s not fit yet,” Klopp said. “He was in training yesterday but it’s not sufficient yet. We will be away for two days and he will be in training; it’s better than flying with us. Of course Naby would have liked to be there when it’s against Leipzig.

“He has had some very great spells but obviously you have to say he has had too many injuries as well, which hasn’t helped a lot. But he has played some really great games for us and scored important goals, has contributed to our success last year; he was always involved despite the injuries.

“These were unfortunate moments when you look at his injuries, it was just minor things that [ruled] him out from the team. But he has got an excellent perspective and is a great player.

“In terms of injuries, we all have to go through these difficulties and once that’s behind you, we’ll have another absolutely great player.”

The Reds have had a season beset by injuries, with defenders Virgil van Dijk, Joe Gomez and Joel Matip long-term absentees.

Fabinho has had niggling problems for much of the season, and missed training on Monday – as did Milner.

It appears Milner and Fabinho will travel with the squad for the meeting with Leipzig at the Puskas Arena, but both will need to prove their fitness.

Leipzig have problems of their own

The Bundesliga side are without Emil Forsberg, Konrad Laimer and Dominik Szoboszlai – but Benjamin Henrichs is set to win his fitness battle.

“It’s looking good with Benjamin Henrichs. He will be on the plane.”

Mon Feb 15 , 2021
The Pensioners scored late into the game to carry with them an advantage ahead of the second leg in Zambia National Pension Scheme Authority Stars midfielder Daniel Adoko was happy to have helped his team achieve their dream of getting a win against Gor Mahia in the Caf Confederation Cup […] 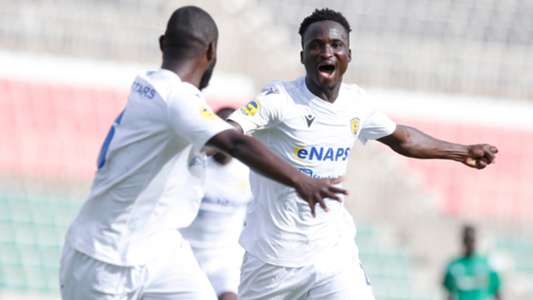