Jurgen Klopp needs to have a “quiet word” with Mohamed Salah, Sadio Mane and Roberto Firmino, according to Steve Nicol, who says Liverpool’s front three have stopped “delivering”.

Liverpool looked like they could run away with the Premier League title for a second consecutive year after their 7-0 thrashing of Crystal Palace at Selhurst Park on December 19.

That result saw Klopp’s side move five points clear at the top of the table, but they have since allowed that lead to slip amid an alarming drop in collective performance levels.

Liverpool were held to a 1-1 draw at Anfield by relegation-threatened West Brom before taking part in a 0-0 stalemate with Newcastle, and their misery was compounded away at Southampton on Monday night.

The Saints picked up an impressive 1-0 win thanks to a stunning goal from Danny Ings moments after kick-off, with the Reds unable to find a way back into the game over the course of the subsequent 88 minutes.

Much has been made of a defensive injury crisis at Anfield in recent months, but Nicol thinks it is high time for Klopp to take a prized trio boasting just one goal between them from their last three fixtures to task.

“I think it’s pretty clear where the problems are. It’s up front,” the Liverpool legend told ESPN. “The front three are not producing, not delivering… they’re not even creating!

“This is where Klopp comes into it as well and earns his corn. It’s all very well saying, this is wrong, this isn’t right – the fact is these three games we’re talking about, they’ve had over 70 per cent possession of the ball in every game.

“So it’s not a complete and utter shambles. The fact is Klopp now has to have a quiet word and a clever word with the front three.

“Sometimes it’s just about a little nugget that you give a player. Like Mane, why don’t you say to him you’re standing in the box. You’re standing with your back to goal all the time. Can you get yourself on the half turn?

“That’s half a yard in the box. When you’re playing against teams who defend as ruthlessly as Southampton did in the box then that gives you an edge.

“Salah is the same. Always looking to run in or be standing in the box. Why don’t you stand a little wider, a little deeper?

“With the feet he’s got, no defender wants you running at him. It’s all these little nuggets that make the difference, with the front three in particular. The rest of it is okay.”

Liverpool won’t be back in Premier League action until January 17, when they are due to welcome Manchester United to Anfield, with a third-round FA Cup tie against Aston Villa on Friday now at the forefront of Klopp’s mind.

‘Mbappe isn’t the answer for Liverpool, unless he can play centre-back’ – Barnes sees no need to spend on attackers

Tue Jan 5 , 2021
The Reds legend believes Jurgen Klopp will be mulling over additions to his defensive unit after going three games without a win Kylian Mbappe is a “fantastic player” but “not Liverpool’s answer” unless he can fill in at centre-half, says John Barnes. The Reds are said to have positioned themselves […] 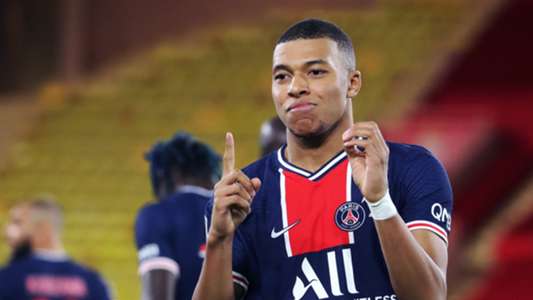