Jurgen Klopp said Liverpool ‘showed who we are’ in their 3-1 win over Tottenham on Thursday.

Liverpool moved back into the top four, closing the gap to leaders Manchester City to four points – though City retain a game in hand.

Roberto Firmino, Trent Alexander-Arnold and Sadio Mane scored as Klopp’s side notched their first league goals of 2021 and recovered from back-to-back defeats against Burnley and Manchester United in style – though there were yet more injury worries in defence.

“We scored goals in the right moments, wonderful goals,” Klopp told BT Sport. “The right people scored the goals. All good, apart from obviously Joel Matip had to go off.

“What I saw today was not about form, it’s… who we are. That’s us. Today, the second half especially, was us. It was a massive fight and football on top of that.

“I don’t know the numbers but I think apart from a few minutes in the first half, I don’t remember them having a lot of the ball. It was always pretty quick and counter-attacking and we defender really well. It was just a good performance and I saw a lot of things I wanted to see.

“Offensively, the way we played, I thought we coped really well with their formation. Played around, played in between, so we were so often in and around the box which is really important. The counter-press was really good. The last line defended really well; high enough but not crazy high.”

The game started in frantic fashion as Mane missed an early chance before Son Heung-min tucked away a similar opportunity, only to see VAR rule the goal out for offside.

Firmino opened the scoring with the last kick of the half from Mane’s assist. Alexander-Arnold doubled the lead almost immediately after the restart with a powerful finish but Pierre-Emile Hojbjerg pulled a goal back with a stunning half-volley within two minutes.

Mohamed Salah saw a fine goal of his own chalked off as VAR spotted a Firmino handball in the build-up, but Mane smashed a shot into the top corner to restore the two-goal lead.

As well as taking Liverpool four points clear of Spurs – though Jose Mourinho’s side do also have a game in hand – the result provides a welcome boost ahead of a huge run of fixtures and following a double injury setback.

Stand in centre-half Fabinho was ruled out of the squad altogether with a ‘minor muscle issue’, while Matip was taken off at half-time.

Thu Jan 28 , 2021
The Blues boss is keen to work on his personality in order to succeed at the highest level and take his club back to the top of the league Chelsea’s new manager Thomas Tuchel wants to learn from his troubled past that has seen him fall out with club directors […] 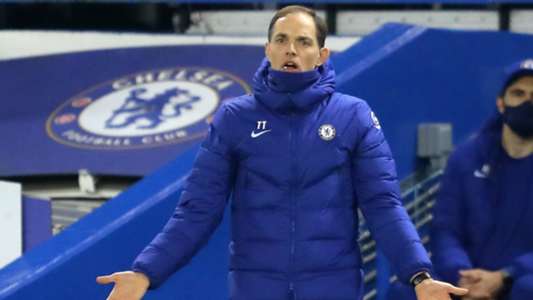