Julian Nagelsmann is expecting a strong Liverpool showing in the Champions League despite their recent domestic struggles, saying Jurgen Klopp “has the gift” as one of the top managers in the business.

RB Leipzig are set to come up against Liverpool in Europe’s elite competition on Tuesday night, with the first leg of their round of 16 tie due to be staged in Budapest due to coronavirus travel restrictions in Germany.

The Reds head into the clash on the back of just two wins from their last ten Premier League matches, but Nagelsmann is wary of the threat Jurgen Klopp’s wounded team will pose at Puskas Arena.

The Leipzig head coach told Kicker: “Jurgen is one of the most successful club coaches and has always made a difference in his stints in Mainz, Dortmund and Liverpool

Nagelsmann added: “Due to many injuries, Liverpool have made some changes. Midfielders now play in defence in a position that they are not used to. In addition, they have played a lot of games and Jurgen Klopp is also very demanding and emotional that the opponents against Liverpool are always 110 per cent. You don’t just put it all away.

“If the many chances you create are not used in the same number as last year, you can quickly lose a few points. They are not in a mega-crisis and will certainly be stable against us.”

Liverpool will be slight favourites to progress to the quarter-finals at Leipzig’s expense due to their recent history in the Champions League, with Klopp having guided the club to back-to-back European finals in 2017-18 and 2018-19.

The Reds lost the first to Real Madrid before beating Tottenham a year later, but they were knocked out at the last 16 stage by Atletico Madrid last season.

Leipzig, meanwhile, have only recently emerged as a major force in the continental competition, with a semi-final berth in 2019-20 marking their best showing to date.

Klopp also has history on his side when it comes to facing Nagelsmann, who coached Hoffenheim when they were beaten 6-3 on aggregate by Liverpool in the 2016-17 qualifying rounds.

Mon Feb 15 , 2021
The Tottenham manager has been critical of two of his players at times this season, but he says he does want to see them fit and firing Jose Mourinho admits he has made “wrong decisions” with Gareth Bale and Dele Alli this season, with the Tottenham boss eager to have as […] 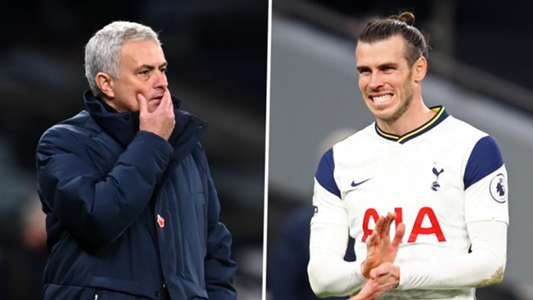