Jurgen Klopp is facing “real questions” for the first time in his Liverpool reign, says Jamie Carragher, with the Reds left sweating on a top-four finish as they struggle for form in 2021.

An untimely wobble is being endured by the men from Merseyside, with three successive defeats suffered at Anfield for the first time since 1963 – with Burnley, Brighton and Manchester City landing crushing blows on the reigning Premier League champions.

A fourth-place standing has been taken up as a result, with five sides within five points of Klopp’s title holders, and Carragher fears Champions League qualification is no longer guaranteed.

“This is threatening Liverpool’s top-four hopes,” Reds legend Carragher told Sky Sports during a demoralising 4-1 defeat to City. “They have to find something quickly. The top four places are massively up for grabs.

“It would have been unthinkable to say that at the start of the season about this Liverpool team but there are so many teams jostling for those positions.

“The next couple of games are Leicester away and Everton at home, two teams who are really in there fighting for those positions as well. There is so much up for grabs. Liverpool have to put this right.

“It’s been the same players for the last four years. They probably could do with a couple of players to freshen up the starting line-up. This team has been together since the Champions League final in Kiev.”

Klopp is tied to a contract through to 2024 and there is no suggestion that his position is coming under threat, given all that he has achieved at Anfield.

Liverpool do, however, need to find a spark from somewhere if they are to avoid seeing a testing season implode.

Injury struggles have hampered the Reds’ cause in 2020-21, with several key men ruled out, but there is enough quality at their disposal to remain competitive.

They need to start digging deep as, after bringing a 30-year wait for title glory to a close, missing out on the Champions League altogether would have been unthinkable when another coronavirus-impacted season got underway.

What is up next?

Liverpool will take in a trip to Leicester on Saturday with the Foxes sat one place and three points above them in the table.

A derby date with Merseyside neighbours Everton takes place a week after a visit to the King Power Stadium, with those domestic outings sandwiching the first leg of a crucial Champions League last-16 encounter with RB Leipzig.

De Reuck opens up on his Mamelodi Sundowns goals

Mon Feb 8 , 2021
Having been included in recent Bafana squads, the Cape Town-born defender has teamed up with former Maritzburg colleagues Brian Onyango and Lebo Maboe New Mamelodi Sundowns signing Rushine De Reuck accepts that he will have to work hard to earn a place in the Masandawana starting XI. De Reuck joined […] 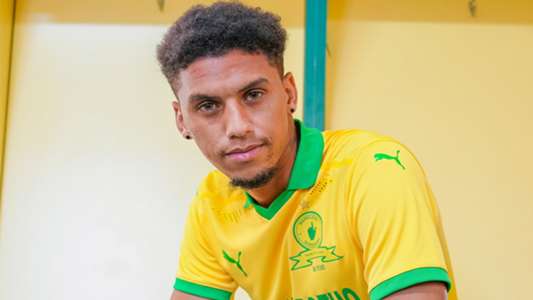