The Cameroonian defender went off at half-time in the Premier League win over Tottenham, which Fabinho missed with a muscle issue

The former Cameroon international was substituted at half-time of the Reds’ 3-1 victory, with Klopp later admitting the issue looks to be a serious one.

“Ankle ligament,” he told reporters in his post-match press conference. The 29-year-old will undergo a scan to determine the severity of the problem, but initial fears are that it could be a serious one.

That leaves the reigning champions in what Klopp described as “an incredible situation”, with all three of their senior centre-backs sidelined, and Fabinho, who has filled in so admirably this season, also nursing a problem.

The Brazilian missed the game at Spurs with what the club describe as “a minor muscle issue” and is a doubt for Sunday’s trip to West Ham as a result.

It meant Jordan Henderson, the captain, moved back into defence, partnering Matip in the first half and Nat Phillips in the second. Those, incredibly, were the 15th and 16th different centre-back partnerships Liverpool have fielded this season; in 20 Premier League matches they have started with 11 different combinations.

Klopp was asked, naturally, if the injury to Matip would force the club to act in the transfer market by making a signing before Monday’s deadline.

“We have players still, but it’s incredible what’s happening in defence.”

Liverpool at least ended their five-game winless league run with a dominant performance in north London. Roberto Firmino, Trent Alexander-Arnold and Sadio Mane were all on target – the first league goals the Reds have scored since December 27 – in a victory which moves them up to fourth in the Premier League table, four points behind leaders Manchester City who boast a game in hand.

Fri Jan 29 , 2021
The England international was delighted that the Reds were able to get back to winning ways with an impressive show of unity against Spurs Trent Alexander-Arnold has expressed his belief that Liverpool “dominated” Tottenham on their way to picking up a “needed” and “deserved” victory in north London. Liverpool brought […] 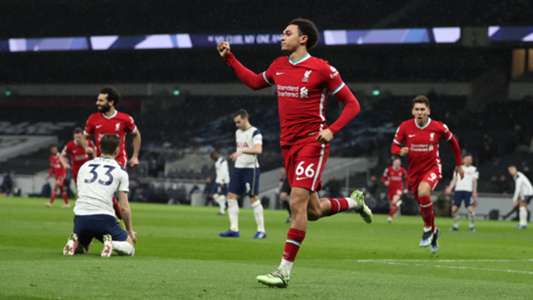