Former Ghana international Laryea Kingston is looking forward to coaching Ghana at the World Cup to realise his dream of participating at the global showpiece.w

On two separate occasions during his playing career, the 40-year-old narrowly missed out on Ghana’s final squad for the tournament, a situation he has called the biggest disappointment of his career.

Currently, he works with Danish side Nordsjaelland and feeder club Right to Dream Academy as a youth coach.

“At the moment I am concentrating on my coaching career [at Nordsjaelland] but I will not rule out coaching the Black Stars in the future,” Kingston told Asempa FM.

“I am ready and prepared to coach the team any day.

“I must thank Right to Dream Academy for their help [in developing my coaching career].

“They are not helping me, only me but Michael Essien, Otto Addo, Didi Dramani, Derek Boateng among other players, and I must say we are grateful.”

Kingston played big roles in Ghana’s qualification for the 2006 World Cup in Germany and the 2010 World Cup in South Africa.

While in his prime ahead of the 2006 championship, the midfielder was snubbed by then Ghana coach Ratomir Dujkovic as he was suspended from playing in the Black Stars’ opening two group stage games.

With Ghana going to the tournament for the first time in their history and their status as underdogs in a difficult Group E consisting of eventual champions Italy, the USA and a golden generation-led Czech Republic, the Africans’ chances of progressing from the group were rather low.

Thus, Kingston was likely to feature in only one game had he been picked, a situation which forced Dujkovic to leave him out of the squad altogether.

Interestingly, though, Ghana surpassed expectations at the tournament as they beat the Czech Republic and the USA to finish second behind Italy whom the Black Stars lost to in their group opener. At the Round of 16, Ghana succumbed to defending champions Brazil.

In 2010, Kingston, then nearing his twilight, was once again dropped, this time by Milovan Rajevac, another Serbian coach, when a provisional squad was whittled down to a final 23 after a training camp.

Chan 2021: Sugira to work on fitness after Rwanda winner vs Togo

Wed Jan 27 , 2021
The Amavubi hero now says he will continue to work on his fitness so as to help the team do well in the competition Rwanda striker Ernest Sugira has admitted he is not 100% percent fit despite notching the goal that booked the country a place in the quarter-finals of […] 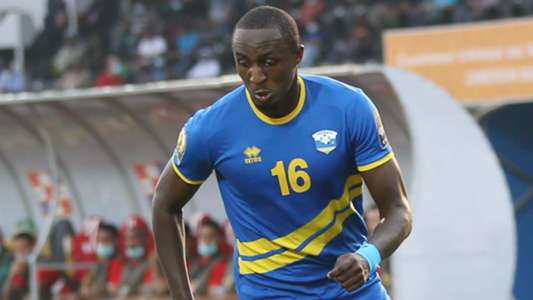