Joshua Kimmich has set a Champions League record for most wins in his first 50 games in the competition as Bayern Munich beat Lazio on Tuesday.

The Bundesliga giants secured a 4-1 away win in the first leg of their last-16 tie, with Robert Lewandowski, Jamal Musiala, Leroy Sane and a Francesco Acerbi’s own goal giving them an insurmountable lead with just 47 minutes played.

Joaquin Correa pulled a goal back for the home side two minutes later.

It is the 38th time Kimmich has been on the winning side in the Champions League, more than any other player in their first 50 games.

Kimmich has scored 10 goals in the European competition and has suffered just five defeats.

38 – Following tonight’s victory against Lazio, @FCBayernEN’s Joshua #Kimmich has won 38 of his first 50 Champions League games – the most wins by a player in the first 50 appearances in the competition’s history. Winner. #LAZFCB #UCL pic.twitter.com/HrLJGfq7h4

Kimmich’s Champions League career began during his first year with the club when he came off the bench to play the final 15 minutes in a 3-0 win at Olympiacos in September 2015.

He quickly blossomed into a first-team regular for the Bavarian side and helped them to the semi-finals on two occasions before eventually winning the competition last season.

The Germany international remains a crucial figure for Hansi Flick’s side, but injury has limited him to just 25 appearances in all competitions this season.

Kimmich was not the only Bayern player to set new records in Tuesday’s comfortable win, as 17-year-old Jamal Musiala became the youngest Englishman to score in the Champions League and the youngest to find the net for a German club.

What next for Bayern Munich?

Bayern return to Bundesliga action on Saturday when face Koln at home and then host rivals Borussia Dortmund a week later. The second leg against Lazio will be played on March 17.

Wed Feb 24 , 2021
The Blues boss has issued a rallying cry for his squad not to drop their levels after a massive away win in the Champions League Thomas Tuchel has urged his Chelsea side to not get into their comfort zone after an important 1-0 away win over Atletico Madrid which represents […] 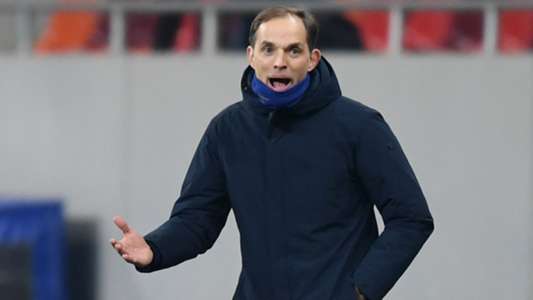