Dutchwoman Kiki Bertens and Russian Daniil Medvedev have committed to playing the Libéma Open in 2021, the grass tournament in Rosmalen, as per the tournament organizers.

Kiki Bertens and Daniil Medvedev to play the Libema Open

28-year-old Kiki Bertens was scheduled to play the tournament this year as well before the event was cancelled due to the current pandemic.

Bertens reached the final of the tournament in 2019 and lost to American Alison Riske after failing to convert five match points. Bertens is currently ranked No. 7 in the world. 24-year-old Daniil Medvedev is currently No. 5 in the ATP world rankings and reached the finals of the US Open last year, where he lost to Spain’s Rafael Nadal in five sets.

Currently, all tennis events since March have been cancelled due to the global pandemic and the men’s and women’s tours are expected to announce this week about the resumption of the tennis circuit. At this time, it is certain that no ATP or WTA tournaments will be held until the end of July.

The earliest possible restart of the tour could take place in early August. The US Open is scheduled for August 31 through September 13 and the USTA is likely to announce their plan for the event this week. The USTA is proposing to go ahead with the tournament with strict guidelines and are awaiting approval from the New York state government for the same.

Some exhibition events have already started taking place in Europe. Last weekend, World No. 1 Novak Djokovic played at an event in Belgrade as part of his Adria Tour while the Patrick Mouratoglou promoted Ultimate Tennis Showdown has also begun in France.

Bertens is scheduled to play an exhibition event in Berlin in July. Kiki Bertens’ highest WTA singles ranking is No. 4, which she reached in May 2019, becoming the highest ranked Dutch female player ever. She has won 10 singles titles and 10 doubles titles on the WTA Tour including 2018 Western & Southern Open and 2019 Mutua Madrid Open.

Daniil Medvedev has a career-high ATP singles ranking of world No. 4, achieved in September 2019. He has won seven ATP singles titles, including two Masters 1000 titles. Medvedev achieved a big breakthrough in 2019, when he reached six consecutive tournament finals, including three at Masters 1000 events besides the US Open final.

ISL: Clubs can choose a 'Veteran' or 'Prodigy' player as marquee signing 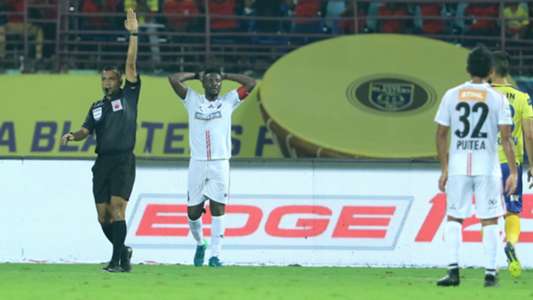