The former Abafana Bes’thende skipper, who is now campaigning in the National First Division (NFD) with Uthongathi, was part of the 2010 Fifa World Cup squad that represented the national side on home soil and said he will never forget that experience.

Although he believes ‘Jingles’ is a good manager, the former Mpumalanga Black Aces anchorman urged the football bosses and fans to practice patience and used former Spain coach Vicente Del Bosque as an example.

“I will never forget the World Cup experience. In my township in Clermont, they thought I will be the next Siyabonga Nomvethe,” Khuboni told Isolezwe.

“I think one can’t explain the experience of playing at the World Cup and how I feel. I will always be grateful for that opportunity.”

As he looked back on why the 1996 African champions have failed to reach the previous global events hosted in Brazil and in Russia in 2014 and 2018, respectively, Khuboni suggested coaching changes are the downfall.

“We need to be patient with our Bafana coaches as South Africans. We need to stop making decisions based on haste because there is no coach that will take the job and have things going his way,” he added.

“The decision to fire Pitso was rushed. I am not someone that likes to talk about people’s names but I still believe Mosimane must have been given a fair chance.

“He is a top coach, he played the game and he understands the players. What he has done for Sundowns is proof that he is a good quality coach.

“Even at Sundowns, he didn’t just arrive and made things happen. There were problems but he managed to solve them. I think the same thing would have happened at Bafana.

“There’s a coach in the Spain national team and he recently retired. He arrived and took over where there were issues and challenges but he instilled his way of play and philosophy, eventually, things were smooth and they won trophies.

“That took him many years to achieve. He left after winning the World Cup and the Uefa Euro titles. All the coaches that came after him are carrying on with his philosophy, that’s what we had to do with Pitso.”

Sat Jun 13 , 2020
The 28-year-old Namibia international is one of several Clever Boys players linked with a big move next season The agent of Bidvest Wits midfielder Deon Hotto has confirmed that the race for the player’s signature is now between Orlando Pirates and Mamelodi Sundowns. Reports in recent days suggested that Sundowns […] 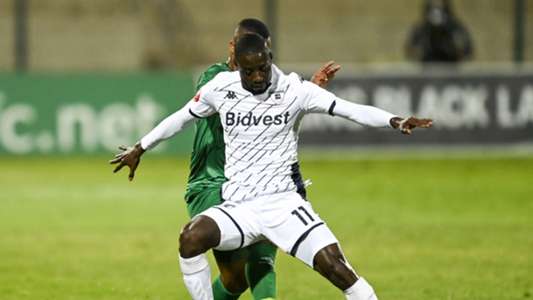