Sami Khedira may well have got his career back on track after sealing a move to Hertha Berlin from Juventus.

The former Germany international – who said recently that he had not given up hope of representing his country again – has ended his time in Turin by making a move back to the Bundesliga.

Khedira had been linked with Tottenham and Everton, and fuelled the transfer speculation by saying he was enamoured by the prospect of playing in the Premier League.

However, he has now returned to his home country by signing for Hertha on a free transfer.

“In Sami Khedira we are getting a top player who has been under contract with some of Europe’s top clubs. He will help us immediately with his experience in the Champions League, Serie A, La Liga and also with the national team at the World Cup and European Championships,” Hertha sporting director Arne Friedrich told the club’s official website.

“We were together at the 2010 World Cup in South Africa and played together on the pitch. I know the leadership qualities that he has and am therefore very pleased he is a Hertha BSC player.”

The 33-year-old former Real Madrid and Stuttgart midfielder is looking forward to aiding Hertha in their bid to climb away from relegation trouble.

“Hertha made great efforts to sign me and offered me the opportunity to return to the Bundesliga,” Khedira said. “I’m grateful for that and I honestly cannot wait for the moment when I’ll be wearing the blue and white shirt on the pitch for the first time.”

Khedira has not played a game since June of last year, but he revealed before Christmas that he had been training hard and has said he is ready to get back on the pitch.

“I feel great physically would like to use the experience I have gained in recent years to help the team and lead Hertha BSC to more sporting success,” he said.

If Khedira is fit and ready for action, the 2014 World Cup winner’s Hertha debut could be a baptism of fire as they face Bundesliga and European champions Bayern Munich on Friday.

How Al-Duhail’s Olunga was inspired by Van Persie

Mon Feb 1 , 2021
The Kenya international said the former Manchester United striker was his idol when he was growing up Harambee Stars and Al-Duhail SC striker Michael Olunga has revealed former Arsenal and Netherlands forward Robin van Persie was his idol. Speaking of his love for the Premier League winner, Olunga is also […] 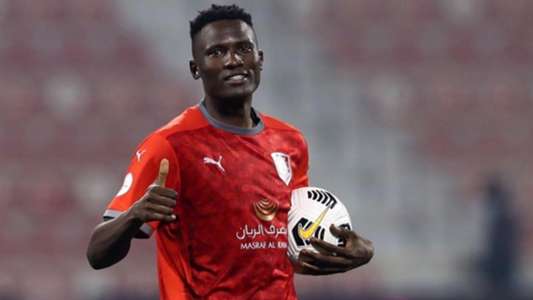