Khalid has now managed to get the better of coaches like Owen Coyle, Antonio Habas and Sergio Lobera…

Sergio Lobera’s Mumbai City have fallen just twice in the ongoing Indian Super League (ISL) so far and both the setbacks came against the unlikeliest of the oppositions – NorthEast United.

After the debacle in their season opener, the Islanders were on a 12-match unbeaten streak (nine wins and three draws) before facing NorthEast United on Saturday and thus, understandably the odds were in Mumbai’s favour. But Khalid Jamil’s side’s performance came as a rude surprise for the high-flying Mumbai side.

The Highlanders went toe-to-toe against the league leaders right from the off and managed to do something which no other side in the league had managed to do against Mumbai before this match. They scored twice within 10 minutes and took the game away from Lobera’s side.

Khalid Jamil’s teams are generally not known for playing an attacking style of football and especially when his side aren’t the favourites going into a tie. But this season, the Mumbai-based coach has emerged in a new ‘avatar’. Since the former Aizawl FC coach took charge of this team from Gerard Nus, the team’s outlook towards matches have completely changed.

Before Jamil took over, NorthEast had managed to win just two matches out of the 11 they had played and had drawn six games. Under Nus, the team often lacked creativity up front and were short of ideas more often than not. But the Indian head coach, since taking charge, has been a breath of fresh air.

Jamil has been consistently deploying both Federico Gallego and Luis Machado who are arguably the most creative players in this team. This is something that happened only twice in 11 matches under Nus.

Machado and Gallego together add the much-needed flair in the team’s attack. Another player who has discovered himself since joining the club recently is Jamaican forward Deshorn Brown. The 30-year-old former Bengaluru FC player jumped ship during the January window and joined the Highlanders.

Brown has already scored three goals in as many matches and is a completely changed player from what he used to be while at Bengaluru. He looks confident in front of the goal and is exhibiting his poaching abilities inside the box.

The Highlanders were without a doubt the better of the two sides on the night but it wasn’t just because of their attack. After taking the two-goal lead early in the match, they did equally well while defending their lead for the remainder of the game.

With Belgian defender Benjamin Lambot back in the starting XI, the backline looked watertight and not for even once they lost shape. In front of the backline, Khassa Camara and Lalengmawia also delivered a stellar performance. Camara was instrumental in disrupting Ahmed Jahouh and Hugo Boumous’ moves down the middle and the young Indian midfielder supported him ably.

Sergio Lobera’s side. as usual, had more of the ball throughout the game and played numerous passes among themselves. They did create chances in the second half as they overloaded the NorthEast half but committed defending from the Highlander meant Mumbai could only find a consolation through Adam le Fondre’s innovative strike.

NorthEast must be credited for continuing to attack Mumbai even though they were under tremendous pressure.

Mumbai’s dominance has been wavering ever since the East Bengal match last week and the result against NorthEast will come as a wake-up call for them. There is no scope for complacency in a league like the ISL and if Lobera wants to win his elusive league title, he must ensure this is just an anomaly.

Sun Jan 31 , 2021
The Brazilians are at home for a third successive match and now host the improved Chilli Boys Mamelodi Sundowns have an opportunity to open a five-point gap at the top of the Premier Soccer League standings when they welcome Chippa United at Loftus Versfeld on Sunday. After watching their closest […] 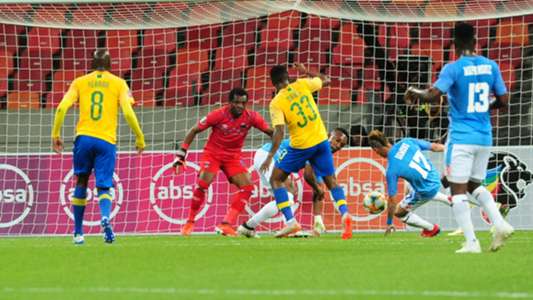