NorthEast United will be looking to pull clear in the race for the top four spots in the ongoing Indian Super League (ISL) when they take on Odisha FC on Sunday.

The Highlanders are currently tied on points (23) with FC Goa who take to the pitch against Chennaiyin on Saturday. Meanwhile, Hyderabad, having played an extra game, currently have 24 points after a 1-1 draw against East Bengal on Thursday.

NorthEast can pull two points clear of Hyderabad if they manage a win against Odisha.

“The main thing is that we don’t concentrate on other teams’ games but on our own performance. We should try our best to get three points,” said NorthEast assistant coach Alison Kharsyntiew.

He felt that Odisha, despite languishing at the bottom of the table, are no pushovers, as evidenced by their late comeback in a 2-2 draw with Kerala Blasters.

“They have done very well in the last game against Kerala Blasters (2-2 draw). We have to go in the match with the right mentality and give our best to win the game. We go there with a very serious attitude to show that we are hungry to win. That’s our only objective.

Under interim coach Khalid Jamil, the team are enjoying an unbeaten run of five games (W3, D2). NorthEast United have strengthened their frontline by bringing in Deshorn Brown from Bengaluru FC and also have been boosted by Federico Gallego’s form.

“We haven’t changed a lot. We have only tried to strengthen our principles – to be more disciplined in defence and more creative in attack. Coach Khalid has been working very hard with the players, especially in encouraging the young players,” he maintained.

In their last five games, NorthEast United have defeated the likes of Jamshedpur, ATK Mohun Bagan and Mumbai City and rallied back to hold FC Goa to a 2-2 draw. However, they were last involved in a drab 0-0 draw against Hyderabad.

“We need to be more clinical once we reach the final third and utilise the chances we get,” Alison said after revealing that Deshorn Brown is fully fit for the tie. Ashutosh Mehta and Khassa Camara also return from suspension for the Highlanders.

Sat Feb 13 , 2021
Kampala Capital City Authority FC midfielder Stefano Mazengo believes his team failed to make the right adjustments to win the game against BUL FC at Kyabazinga Stadium on Friday. Musa Esenu and Robert Mukoghotya scored for the victors while Charles Lwanga scored for the former champions in Jinja. The 26-year-old […] 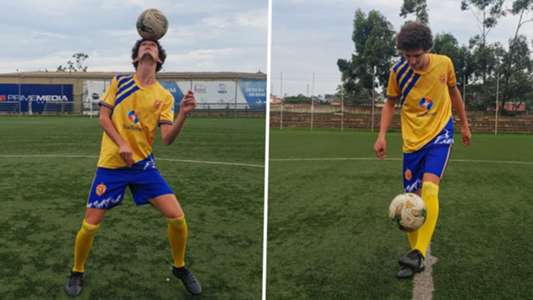