Thembi Kgatlana grabbed an assist for Eibar as Noko Matlou made her first appearance in their side’s 2-0 triumph over Logrono in Wednesday’s Spanish Primera Iberdrola encounter.

Kgatlana joined the Spanish side from Portuguese champions Sports Lisbon Benfica in July and continued her impactful debut season, playing a crucial role in the triumph against Jose Moncayo’s team.

Matlou arrived from South African side Maindies in October and the 2008 African Women’s Player of the Year finally fulfilled her dream of becoming a full professional at 35 years of age against Logrono.

Having ended 2020 with a 4-2 defeat at Valencia, Iker Dorronsoro handed the South Africa duo starting roles against compatriot Nothando Vilakazi, who came on from the bench for the visitors.

Kgatlana got the assist for the opener when she set up Kuki to open the scoring after 33 minutes of action.

Eibar continued from where they left off in the second half as Kuki provided an assist for Arola Aparicio to wrap up the victory two minutes after the restart at the Unbe Sports Complex.

Kgatlana has now grabbed five assists and five goals in 12 outings this season, lasting 83 minutes before making way for Aida Esteve, while compatriot Matlou featured for the duration on her debut.

Besides the Banyana duo, Equatorial Guinea’s Ruth Alvarez was involved for the duration, while Nigeria’s Charity Adule also featured for the final 12 minutes of the encounter in Eibar’s triumph.

On the other hand, Equatorial Guinea’s Jade Boho was in action from start to finish, while Cote d’Ivoire duo of Ida Guehai and Rebecca Elloh played for 46 and 85 minutes, respectively.

Also, South Africa’s Vilakazi featured for the last five minutes as a replacement for Guehai, while Ghana’s Grace Asantewaa, who returned from holiday on Tuesday, was not dressed for the tie.

The result puts Eibar in 11th spot on the Spanish log with 17 points from 13 games, while Logrono are in 17th position with 10 points

In their next encounters, Eibar travel to face Athletic Club on January 10, while Logrono welcome Santa Teresa a day earlier.

Wed Jan 6 , 2021
The 31-year-old announced that she and her family had contracted coronavirus over the holidays, leading to her exclusion from the U.S. January camp U.S. women’s national team head coach Vlatko Andonovski has said U.S. Soccer will investigate an incident that led to Alex Morgan and her family contracting coronavirus.  On Tuesday, […] 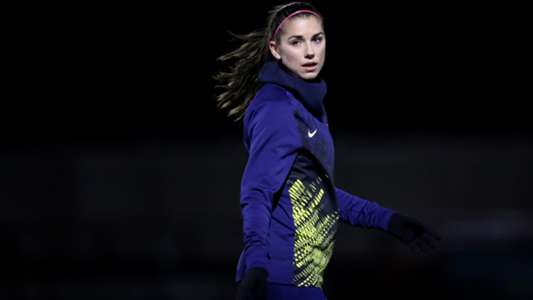