Kevin-Prince Boateng was back in action for Besiktas from the resumption of the Turkish Super Lig, but he was on the losing side of 2-1 defeat to Antalyaspor at Vodafone Park on Saturday evening.

Football in the Turkish top-flight had been on hold since mid-March because of the coronavirus pandemic which has affected more than 170,00 people till date in the country.

The last game Besiktas played before the lockdown was against Istanbul rivals Galatasaray which ended in a goalless draw.

On Saturday however, they started on the back foot with Sinan Gumus and Amilton Silva scoring for the visitors in the 15th and 35th minute of play respectively.

Adem Ljajic scored the consolation goal for Besiktas in the 68th minute off the bench.

Boateng was on the pitch for 65 minutes and had a decent outing, with a total of three shots, two of which were blocked. He also produced 45 touches and 30 accurate passes at an impressive 93%, the fifth-highest behind Franco-Cameroonian Georges-Kevin Nkoudou, Egypt international and Arsenal loanee Mohamed Elneny, Mali winger Abdoulaye Diaby and Ljajic.

The 33-year old Ghana international made one key pass, played two successful long balls and won six of 10 total duels. He was also fouled by the opposition three times.

Boateng – who is presently on loan from Italian Serie A side Fiorentina, has now made seven apperances, scoring two goals. His first was on his debut in a 3-0 win over Gaziantep while the second was in a 2-2 draw at home to Trabzonspor.

Elneny played the entire game but was booked in the 32nd minute for a foul. The 27-year old had 103 accurate passes and 118 touches, both the highest of any Besiktas player.

Diaby meanwhile made 28 touches, 21 accurate passes and was flagged offside three times before going off for Nkoudou at the start of the second half.

Besiktas have now lost nine games in the Super Lig this season, winning 13 and drawing five.

They remain in fifth spot on the table, but could see their five-point gap away from Europa League qualification widen should Sivasspor see off Denizlispor at the Yeni Sivas 4 Eylul Stadium on Monday night.

Sat Jun 13 , 2020
Barcelona Made the most of a Messi assist afp In his fourth Barcelona appearance, Martin Braithwaite has scored his first goal for the Catalan club. The Danish striker made the most of a headed assist from Lionel Messi to fire past Manolo Reina in Barcelona’s Saturday night trip to Real Mallorca, […] 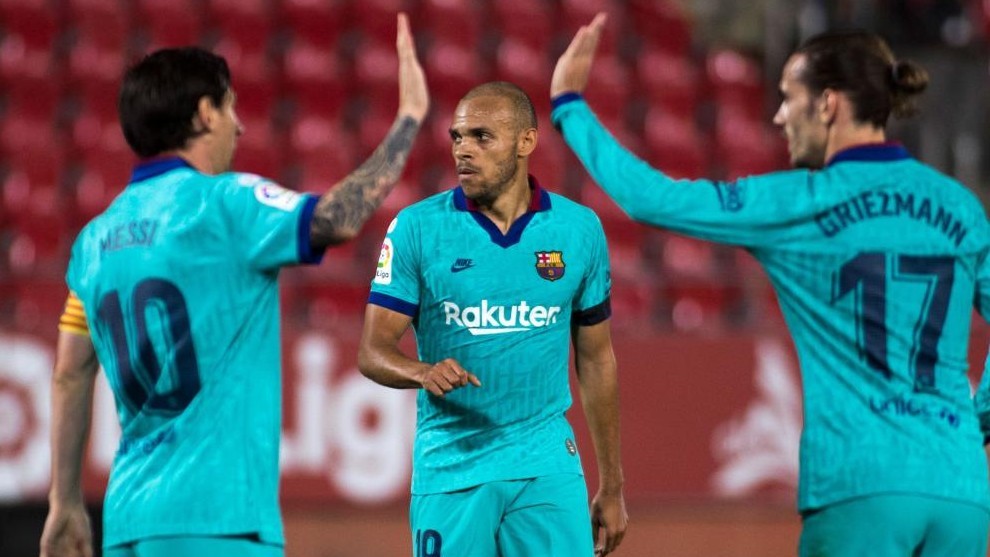