Franck Kessie was on the scoresheet as AC Milan secured a 2-1 victory over Bologna in Saturday’s Serie A game.

The 24-year-old was handed his 18th league appearance and made the most of the opportunity to increase his goal tally this season.

AC Milan lost their last two games to Atalanta and Inter Milan and hit the ground running at Stadio Renato Dell’Ara as they aimed to avoid a third consecutive defeat.

The Red and Blacks were awarded a penalty in the 26th minute of the encounter after Mitchell Dijks pulled Rafael Leao’s jersey in the box.

Zlatan Ibrahimovic was given the responsibility to take the penalty but goalkeeper Lukasz Skorupski was at his best to deny the former Manchester United forward.

Ante Rebic, however, reacted first on the loose ball and fired his effort into the back of the net to open the scoring in the encounter.

Milan were again awarded another glorious opportunity from the penalty spot when Adama Soumaoro was adjudged to have handled the ball in the area.

Kessie took the penalty and made no mistake in sending Skorupski to the wrong side of the net to double his side’s lead.

With nine minutes before time, Andrea Poli reduced the deficit for Bologna after receiving a fine assist from Andreas Skov Olsen.

Kessie featured for the duration of the game in his 29th appearance of the season for Stefano Pioli’s men.

The midfielder has now scored seven goals and provided three assists in the 2020-21 season, amid other dazzling displays.

The victory ensured the San Siro outfit maintained their lead at the top of the Serie A table after gathering 46 points from 20 games.

The Ivory Coast international will hope to continue his impressive performances when Milan take on Crotone in their next league game on February 7.

Kessie has been with the San Siro outfit since the summer of 2017 when he joined the side from Atalanta.

No chance Fabinho will play against West Ham - Klopp

Sat Jan 30 , 2021
The Brazilian missed the recent win against Tottenham with a muscle injury and will not be part of the squad on Sunday Jurgen Klopp has confirmed Liverpool will be without Fabinho for Sunday’s Premier League match against West Ham. The midfielder has been a crucial player for the Reds this […] 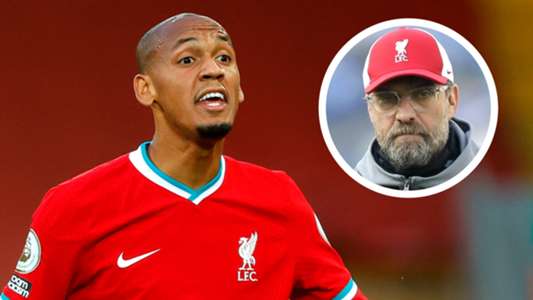