The English tactician is on the verge of joining Vhadau Vha Damani to succeed Joel Masutha, who was recently fired by the Limpopo-based club.

Kerr has been jobless since last month having been dismissed by Leopards with the team struggling in the PSL in what was his second spell with Lidoda Duvha.

Tshakhuma were recently reportedly purchased by Dr Abram Sello with the club having endured financial problems under Masala Mulaudzi in the current campaign.

Vhadau Vha Damani are currently placed 15th on the league standings having eliminated SuperSport United from the Nedbank Cup in their last game and Kerr is looking forward to coaching the team.

“I am positive that this team will move from the position they are in as the confidence is back after their 1-0 win against SuperSport United in the Nedbank Cup last week,” said Kerr on the Daily Sun.

“The other good thing is that from what I have seen so far at training, the boys are now happy because all the problems they had with the previous management have been solved.

“They all have been paid their salaries and they can’t wait to work hard for this team. I’m pleased that I’ll be joining a happy team,” he added.

“I have watched them against SuperSport and they have a good team. I think if there was no financial problem, this team would have been up there in the log.”

Why does it matter and what’s the bigger picture? Kerr is familiar with PSL clubs from Limpopo having coached both Baroka FC and Leopards in the South African top-flight league.  The former Gor Mahia coach was able to ensure Baroka avoided relegation from the PSL after joining the team in January 2020. A win over Kaizer Chiefs on the last day of the 2019/20 season saw Baroka retain their status in the elite league, but Kerr was dismissed by the club prior to the start of the current campaign.  The retired left-back’s first game in charge of Tshakhuma is likely to be against fellow strugglers, Maritzburg United at Harry Gwala Stadium on Friday.  If Tshakhuma defeat Maritzburg they will climb out of the relegation zone and move into 14th place.  Further reading

Wed Feb 10 , 2021
A late own goal settled the ISL contest on Wednesday… Chennaiyin boss Csaba Laszlo was disappointed with the manner in which his team succumbed to a narrow defeat against Jamshedpur in the 2020-21 Indian Super League (ISL) clash on Wednesday.  The Marina Machans edged the contest and created chances to […] 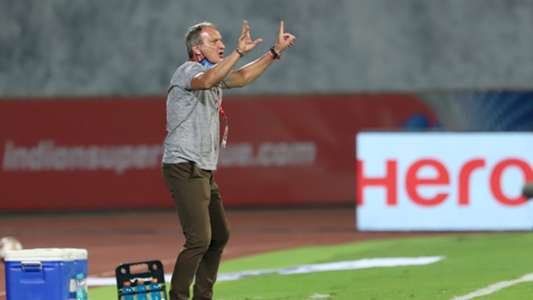