Rahul KP could soon be seen in the India national team, given his stellar displays for Kerala Blasters…

List the best wingers in India right now and Rahul KP will feature in it.

The Malayali winger, who hails from Thrissur, is just 20 years old but is putting up a claim to be known as the best Indian players at Kerala Blasters this season.

The 2017 U-17 World Cupper, who scored one goal in three starts last season, already has three goals in nine starts after 15 rounds of the 2020-21 Indian Super League (ISL). And Kerala Blasters have hugely benefitted from his skillset in the final third.

Kibu Vicuna has used him primarily as a right-winger and also at times as a forward. What makes Rahul different from other Indian wingers is how direct he is when attacking his marker. He has no qualms about taking on full-backs and running in behind defences to latch onto balls from the midfield. Once he is at the end of the final pass, he not only has a powerful strike in his arsenal but also can outjump most defenders in the league and send headers on target.

Two out of his three goals this season have come against Blasters’ rivals Bengaluru. And on both occasions, he beat India international goalkeeper Gurpreet Singh Sandhu at his near post with thunderous strikes from the right side of the box that left the keeper with very little time to react.

His strikes showed not only his ability to finish moves but also his confidence to take a shot from that part of the field whereas many other wingers, in his position, would have been tempted to take one or two additional touches before attempting a strike.

For his third goal, he made a clever run towards the far post and outjumped everyone inside the box to head in an equalising goal for his team against FC Goa. He is currently the second-youngest player after Rahim Ali, to score at least two goals this season, having scored his second goal when he was 20 years and 310 days old.

Only Lallianzuala Chhangte and Sunil Chhetri, both of whom have played four games more than Rahul has, has had more shots on target this season than the Blasters forward. Rahul has had 12 shots on target in 13 matches, compared Chhetri’s 13 from 17 and Chhangte’s 14 from 17.

He has also proved that he is very much a team player and has linked up with very well with the likes of Jordan Murray and Facundo Pereyra this season. The attack has also been boosted by the quick feet and sheer pace that he adds to the flanks whenever he is on the ball.

He is also one of the players who have benefitted from their experience of playing abroad with the India U-17 team and also enjoying regular first-team minutes with the Indian Arrows in the I-League. In Rahul’s 13 appearances for Blasters this season, he has only had to be substituted twice. He is a player who has the energy levels to keep running for 90 minutes.

Kerala Blasters assistant coach Ishfaq Ahmed, who has seen Rahul train from close quarters, has already called on the player to be picked for the national team. He had said, “We are one of the teams who are playing with an Indian striker. It shows how coaches are confident in Indian strikers also, like how Rahul is also grabbing his chance with both hands.

“If the national team coach (Stimac) is watching, I think Rahul can be there. He has speed and strength. Even though it seems like he’s not very tall, he can outjump any defender in the league. I think he’s a great prospect for the senior national team.”

The player also has set a high ceiling for himself and had recently said he wants to be the best in the country and break Sunil Chhetri’s records.

“I want to be the best in the country and I want to work hard for it, no matter what. Players who have created history, they are human too. For example, if Sunil Chhetri has scored so many goals for the country — I want to break that record. I want to keep it as a challenge for myself. If I keep my expectations low, then I am not going to reach anywhere.”

“If I keep my expectations high and work hard for it, I will get something out of it. Hard work never goes waste. I want to be the best player in India and I am going to do whatever it takes,” he had told the AIFF TV.

Rahul seems to have a composed head on his shoulders which will help him on his pursuit for a regular role with the Indian national team. He recently signed a contract with Blasters till 2025 and that bodes well for the player’s career. And in the Thrissurkaaran winger, the Yellows have a fine young talent on the flanks.

Aditi Chauhan & football: A story of chance, grit and excellence

Thu Feb 11 , 2021
Aditi Chauhan narrates to GOAL how destiny played its part in her being a footballer… Indian women’s national team goalkeeper Aditi Chauhan was into sports right from her childhood. But football? No, certainly not.  Rather, she was more engrossed in playing basketball in school. She had even tried her hands […] 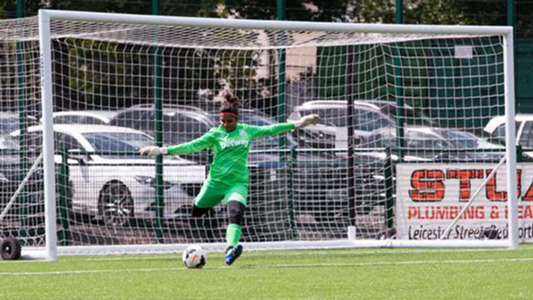