As part of a structural revamp of the club, Kerala Blasters decided to appoint a sporting director earlier this year. After three months in the job, Lithuanian Karolis Skinkys has had to resort to online communication and deal with practical limitations with respect to his work due to the Coronavirus pandemic.

However, the former FK Suduva director is not new to challenges. He was instrumental in the decision-making processes at his earlier club which ultimately helped them earn their place in European competitions. Skinkys, from thousands of kilometres away, is very much involved in the project that’s taking shape in Kochi.

“My (initial) impressions are positive and I’m very excited about this challenge. I really like how much attention is being paid to football in India, especially in Kerala and the growth potential here is huge. The club has a great vision to ensure the development of football, both for the first team players as well as the youth sector. Right from the beginning of my communication with Kerala Blasters, I felt trust and commitment in the people here. Hence, I’m eagerly looking forward to adding my contribution to achieving the goals of the club,” he told Goal .

The ongoing pandemic has hit clubs and companies across the globe and the situation at Kerala Blasters isn’t too different.

Skinkys explained, “Without a doubt, all the processes were affected by the pandemic. So far, we are unaware of even the starting dates of the league. This has surely influenced recruitment and the season’s preparation.

“As planned earlier, not being able to be in Kerala at the moment is also a big challenge. However, I have full trust in my team to adapt and overcome these challenges. This is life and we are finding alternatives like online communication to make headway with preparations.”

Skinkys knows what it is like to help a club grow in stature. After all, Suduva gained promotion to the top division and had their stints in both the Champions League and the Europa League during his tenure. But how much will he have to adapt so that his methods work in Indian football?

He answered, “Football is a simple game that is very difficult to play (in a ) simple (way). The situation on the management side is also similar. My job is simple but quite difficult to execute.

“Firstly, it is important for me to create the right tools and a supportive ecosystem to achieve the desired results. This includes recruitment of professional coaches, experienced and capable support staff, talented and quality players, build a competitive environment within the squad and also ensure the growth of the academy players who have an opportunity to be promoted to the first team.

“Successful implementation and control of these processes will help achieve results. Of course, each environment has its own challenges that require hard work of the entire organization but most importantly, it requires a trust in the processes by all stakeholders of the club.”

Blasters have turned their focus to bringing in young footballers with a high ceiling for their potential. They already have the likes of Sahal Abdul Samad, Rahul KP, Jeakson Singh in their squad. The arrival of Givson Singh and possibly more young players provide plenty of hope for the future.

“Identifying and developing young talents, who will go on to bring numerous laurels to the country and not just to the club has always been the focus of the club. In six ISL seasons, Kerala Blasters have been successful in (providing) three ISL emerging talents (ISL Emerging Player of the Year) in Sandesh Jhingan, Lalruatthara and Sahal. The club has also produced multiple national team players. This is proof of the commitment the club has towards the growth and development of Indian football,” he said.

He further added, “We are here to fulfil the vision and objectives of the club and will definitely focus on developing youth. In the near future, some of our players will have the opportunity to train and play abroad.

“That being said, it is equally important for the players to understand the importance of hard work in their career and that hard work achieves more than just pure talent in the long run. As a club, we will always be at the forefront to create more opportunities for them and help them dream big.”

After three disappointing finishes in the last three seasons, Kerala Blasters will be looking to get into the playoffs under the new leadership when the seventh season of ISL kicks off later this year.

Fri Jun 19 , 2020
The former India international opines that India can still progress to the quarter-finals in spite of being drawn against tougher opponents… India were drawn into a tough group which consists of South Korea, Australia, and Uzbekistan during the official draw of the AFC U-16 Championship Bahrain 2020 which was held […] 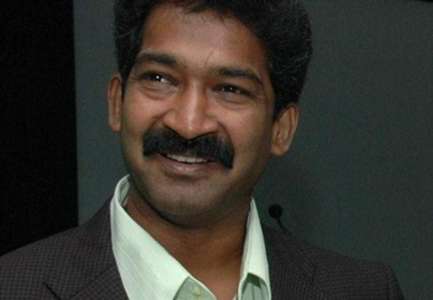