Skinkys believes that there is a lot of pressure on players who ply their trade for Kerala Blasters given the sheer media attention they garner..

Kerala Blasters sporting director Karolis Skinkys has said that a couple of players failed to live up to his expectations during the 2020-21 Indian Super League (ISL) in which the team failed to get to the playoffs.

After 19 matches, Blasters are ninth on the table with 17 points. They have the league’s worst defence this season having conceded 34 goals.

A 0-4 defeat to Hyderabad last week forced the club to part ways with head coach Kibu Vicuna. The former Mohun Bagan manager, in his final post-match press conference, hinted that poor scouting and high expectations could be the reasons for the team’s unremarkable displays. It must be noted that the Spanish manager whose first language is not English, later took to social media to seemingly deny the criticism against the club’s transfer policies.

Karolis Skinkys told Goal that he watched the interview and agreed with what Kibu had to say after the defeat to Hyderabad.

“That sentence (quotes) is more a media sensation that is constantly being incited. I heard the interview and I agree with Kibu.  As he said, something was done badly with the scouting – we expected a better performance from a couple of players. Kibu also said that expectations were too high. This is because we set high goals but to achieve them, our young team has to learn.

“Sometimes people underestimate what it takes to play for Kerala Blasters. It is harder than any other club, especially for young players because such big attention and flow of information in the media is put on Blasters given its size and stature.

“At the same time, this season we lost a huge advantage – having our supporters in the home matches. When our supporters are in the stadium, they give a huge boost to the players on the field, including the much-needed support and motivation for youngsters.

“At the end of the day, the potential of our squad is far from where we are right now. We will continue to raise high expectations next season and look for correct ways to achieve them.”

Skinkys, who took charge just as the Coronavirus pandemic crossed the Indian borders, has had a challenging first year in Indian football but he has had quite a few positive takeaways.

“A clear positive is the experience which our young players collected this season. Sahal Samad, Rahul KP, Jeakson Singh, Sandeep Singh, and Albino Gomes are all first-team regulars. Other players also got their chances and collected important experience. This is extremely important for the future.

“Looking from a personal point of view, I have the advantage of this season because I adapted to the club, met people, I think we got good connections. Also, I got to know Indian football closer. I see some things differently compared to a year ago,” the Lithuanian said.

The sporting director of Kerala Blasters reiterated that changing the head coach does not point towards another revamp at the club in terms of its vision and project.

“I would like to take this opportunity to share a message with the supporters that such a season and changes at the end of the season do not mean that there is some kind of deviation from the objectives of the club. We have clear targets, a vision, a plan, and we will follow what is best until we reach it.”

Wed Feb 24 , 2021
NorthEast United need a point against Kerala Blasters… Khalid Jamil is a man of few words. But his actions have made the necessary impact after taking over the reins from Gerard Nus at NorthEast United.  The Highlanders, who were winless in six matches when they brought in the Indian coach […] 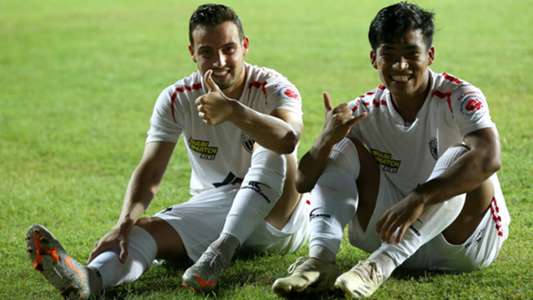