The most expensive goalkeeper in world football has endured a testing time at Stamford Bridge, but he insists he will not be walking away

Kepa Arrizabalaga claims to have “never thought about leaving Chelsea” and had “no problem” with Frank Lampard despite being dropped by the former Blues boss.

The most expensive goalkeeper in world football, with a £71 million ($99m) price tag hanging over his head, has endured a testing time of late.

Costly errors led to Edouard Mendy being drafted in as the new No.1 at Stamford Bridge in the summer of 2020, with serious questions being asked of how long Kepa would stick around as understudy.

The 26-year-old goalkeeper has told Tiempo de Juego: “I have never thought about leaving Chelsea.

“In my very good [first] season we won the Europa League, qualified for the Champions League, and I was playing for the national team. The second year we changed coaches.

“With Lampard there had been no problem. I haven’t given my best version [and] it is true that I have not played how I wanted to play.”

How many games has Kepa played this season?

The Spain international started the 2020-21 campaign between the sticks for Chelsea.

He was, however, quickly replaced by Mendy and fell out of Premier League favour by mid-October.

After struggling in a 3-3 draw against Southampton, Kepa had to wait four months for his next top-flight appearance.

He was handed a starting berth by Thomas Tuchel for a 2-0 victory over Newcastle, having also lined up in an FA Cup win at Barnsley immediately prior to that.

Kepa is now up to nine outings for the season and hopes there will be more to come.

He has added on his battle for game time: “I have no problem with it [but] I want to turn it around. Start playing a bit. I want to be here, feel better and look to the future.

“I’m not getting carried away [with the back-to-back starts] but they felt good after inactivity. I hope soon I can play more.

“What I want is to feel important at Chelsea, get back in goal and enjoy myself.

“In my own mind, I believe I can do it. I’m not afraid. I want to feel more important and work for it. What will happen, we’ll see.”

Fri Feb 19 , 2021
The clubs are in the race to win Ksh2 million in prize money and a slot in the Caf Confederation Cup fif they win the tournament The Football Kenya Federation has conducted the draw for the Round of 32 of the Shield Cup with four Premier League sides set to […] 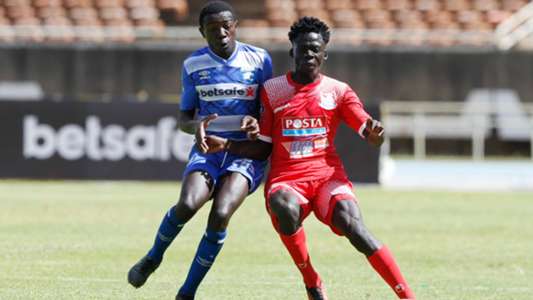