Cesar Azpilicueta has warned Kepa Arrizabalaga that life as a footballer is “not a bed of roses”, but the Chelsea captain sees his fellow Spaniard clearing “bumps” at Stamford Bridge to become an important figure for the Blues.

The most expensive goalkeeper in world football is currently a £71 million ($99m) back-up option in west London, with a series of costly errors leading the Blues to invest again in Edouard Mendy.

Kepa has seen sporadic game time since Thomas Tuchel succeeded Frank Lampard as manager, but his skipper believes a return to form and favour can be achieved.

Azpilicueta has told Mundo Deportivo of Kepa: “I’m not the one to give him a chance. That’s up to Tuchel.

“I am his team-mate and his friend. I have a close relationship with him because we are also team-mates from the national team and I can guarantee that he is working hard.

“He has suffered like anyone who does not play but the career of a footballer has bumps, it is not a bed of roses.

“You have to be humble. And he is young, with the future ahead of him. I’m sure he will continue to contribute a lot to Chelsea.”

What does the future hold for Kepa?

The Spain international claims to have given no thought to a move away from Chelsea, despite his lack of game time in 2020-21.

He has taken in just nine appearances in all competitions and 360 minutes of Premier League football this season, but is tied to a contract through to the summer of 2025.

Will Azpilicueta be sticking around as well?

A long-serving part of the Blues’ defensive unit has been at Stamford Bridge since 2012.

He has taken in over 400 outings across all competitions and remains in charge of the armband when selected.

Azpilicueta has, however, entered the final 18 months of his contract, with that agreement taking him through to 2022 and a decade of association with Chelsea.

Quizzed on his future plans, the versatile 31-year-old has said: “I am very happy at Chelsea. I don’t like to look too far ahead.

“I enjoy the moment, I have the ambition to leave the club at as high a level as I can and I am going to train and play with the hope of continuing to do important things. Hopefully that lasts a long time.”

Mon Feb 22 , 2021
Apart from an injury-free squad, the two have confirmed enough preparedness geared towards picking up a win in Dar es Salaam Simba SC assistant coach Selemani Matola and captain John Bocco have delivered encouraging messages ahead of the Caf Champions League clash against Al Ahly on Tuesday. Matola and Bocco […] 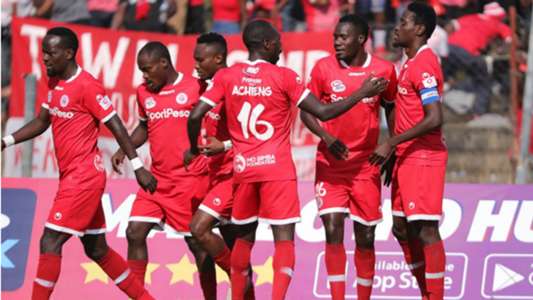