Keita completed a move to Liverpool from Leipzig in July 2018, with the Merseyside outfit having triggered the £48 million ($67m) release clause in his contract the previous summer.

However, the 28-year-old has been unable to live up to that hefty price tag in his first two-and-a-half years with the Reds due to a combination of form and fitness issues, but Gulacsi still has no doubts about his ability to perform at the highest level.

“At [Red Bull] Salzburg I spent one season with Naby and then also one season in Leipzig. He is a fantastic talent,” Gulacsi told the Reds’ official website.

“He has unbelievable quality and when he came to the Bundesliga he changed the whole game here and he was one of the most important players for us.

“In our first season in the Bundesliga we went to finish second in the league, which was of course down to the team effort, but Naby was one of the key players, and it’s no surprise that after such a successful season Liverpool signed him.

“Since then, he’s been hit by quite a few injuries, so I think he’s had a tough time to really hit his top form and just keep playing all the time, but his qualities are not to question.

“I’m sure that if he can stay fit and healthy then he will show again that kind of consistency on the highest level.”

What has Jurgen Klopp said about Keita?

Keita has been hampered by several injury setbacks since his arrival at Anfield, the latest of which has kept him out of action since a 7-0 win over Crystal Palace in December.

When asked for an update on Keita’s recovery, Klopp told a press conference: “He has had some very great spells but obviously you have to say he has had too many injuries as well, which hasn’t helped a lot.

“But he has played some really great games for us and scored important goals, has contributed to our success last year; he was always involved despite the injuries.

“These were unfortunate moments when you look at his injuries, it was just minor things that [ruled] him out from the team. But he has got an excellent perspective and is a great player.

“In terms of injuries, we all have to go through these difficulties and once that’s behind you, we’ll have another absolutely great player.”

What is Keita’s record at Liverpool?

Despite his consistent injury woes, Keita has still managed to appear in 71 matches across all competitions for Liverpool to date, scoring seven goals.

The former Leipzig talisman has also picked up Champions League and Premier League winners’ medals during his time at Anfield, while endearing himself to supporters with his all-action style of play and commitment to the club’s cause.

Keita will be unavailable for the Reds’ Champions League last-16 first-leg tie against Leipzig in Budapest on Tuesday, but could return in time for the reverse fixture on March 10.

'Verratti wanted to join Barcelona' - PSG star was eager to link up with Messi at Camp Nou in 2017, says former agent

Tue Feb 16 , 2021
The man who used to serve as the Italian’s representative says the Blaugrana were interested in his services four years ago Marco Verratti wanted to join Barcelona in 2017, according to his former agent, who says the Paris Saint-Germain star was eager to link up with Lionel Messi at Camp […] 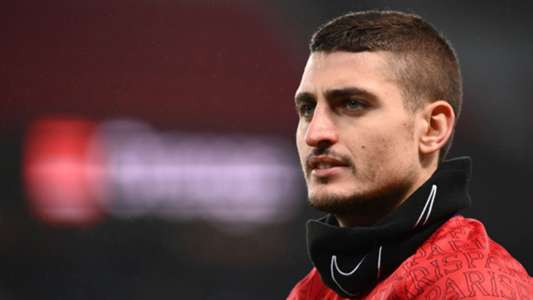