Ugandan Premier League side KCCA FC have started the construction work at the Omondi Stadium six years after plans to revamp it were made public.

The Sarjan Construction Company have been handed the contract and their first phase will be on the VIP wing, which will last for at least two years. The 13-time champions are expanding their home ground to help in the generation of income as well as creating a good environment for their supporters and players.

“We had the official groundbreaking of the Omondi Stadium, Lugogo,” the Kasasiro Boys confirmed on their official social media platforms.

“The RCC Kampala Huddu Hussein represented the Minister of Kampala and Metropolitan Affairs, while KCCA Executive Director Dorothy Kisaka, the club patron His Worship the Lord Mayor of Kampala Erias Lukwago, Director Education and Social Services Mrs. Juliet Namuddu, the Chairman of KCCA FC Martin Ssekajja together with other officials from Kampala Capital City Authority and the Fourth Estate graced the event.

“Sarjan Construction will be the contractors for the first phase works on the VIP wing, which is expected to last for 18 – 24 months.”

The Garbage Collectors chairman Martin Ssekajja insisted all operations will continue as usual despite the ongoing work.

“During the construction of the first phase works, we shall continue with all our operations at the stadium and will provide all updates regarding this exercise,” Ssekajja stated.

“In the meantime, our offices and all football activities will remain at – at the stadium during first phase construction. In this fast-moving environment, we will issue more updates when appropriate,” the club had confirmed earlier on their official portal.

The renovation of the stadium came after the team was barred from using the venue by the Confederation of African Football (Caf) for their Confederation Cup return leg fixture against AS Kigali of Rwanda.

The Caf inspection team toured the venue a week prior to the match and termed it unfit to host the game, with KCCA instead player at St Mary’s Kitende, which is the home of their rivals Vipers SC.

Despite winning the return leg 3-1, the Kasasiro Boys were eliminated from the competition on the away goals rule.

AS Kigali’s were handed a 2-0 walkover win in the first leg after their opponents failed to raise a quorum for the tie when nine players and a coach tested positive for coronavirus.

Shikanda: AFC Leopards players to get houses if they win FKF title 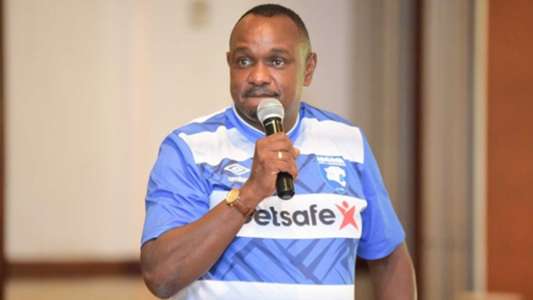