“It is going to be very competitive. Eight clubs are going to try and win the league title this season,” Mutebi said as was quoted by Football256.

“But as KCCA, we are not focussing on others, we are going to perfect our act, try to play the way we want to play. As I said, it will be tough with all those clubs staking their case for the title.”

KCCA will face BUL FC at Jinja’s Kyabazinga Stadium on Friday as the season resumes after a January-February break.

“But we have to try and negotiate the fight that will be presented for us, it is not going to be an easy game [against BUL] they have always given us a couple of problems,” he added.

“But I think we have enough in our armoury to negotiate that challenge.”

The experienced Ugandan tactician also explained how they have re-organised since they lost their game against Sam Ssimbwa’s URA.

“We need to have a reaction after our loss to URA,” Mutebi continued.

“We have managed to re-organise ourselves, put a few things back in place which has helped some of our new players to gel better into the group, and those who have been injured return to fitness.”

“It will be a little bit tough for us, we shall miss a couple of starters for the game and we shall also miss players like Anaku and Ayella and others who have been out for long,” Mutebi revealed.

Sam Ssenyonjo, Musa Ramathan, Kizza Bukenya, Steven Sserwadda, and Andrew Kawooya are also not available as they are with the U20 side that is preparing for the African Nations Cup edition to be held in Mauritania.

Caf Confederation Cup: 'This is an opportunity to beat Gor Mahia' - Napsa's Owino

Fri Feb 12 , 2021
The Pensioners advanced to the final qualifying round after seeing off UD Songo of Mozambique Napsa Stars defender David Owino believes Sunday’s game will present a good opportunity for him to beat former team Gor Mahia. The two teams will play each other at Nyayo Stadium in the final preliminary […] 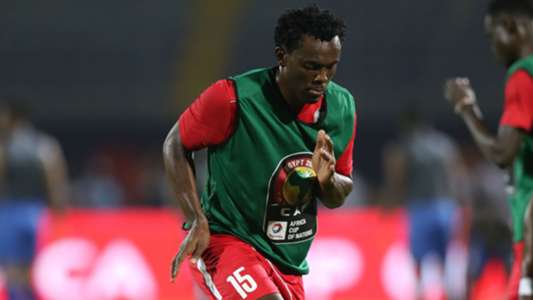