Aheebwa won the monthly award after beating Ben Ocen of Police FC and Brian Kalumba of UPDF. On the other hand, Kisala was nominated alongside Sam Ssimbwa of Uganda Revenue Authority (URA FC) before he emerged the best coach of the month.

The winners are given USh1 million as well as a trophy for their exemplary performances during that period. The Premier League is on a break in order to give the national side and the selected players time to participate in the African Nations Championship (Chan) tournament.

Aheebwa, who was signed in the last transfer window, has scored seven goals for the 13-time Premier League champions. The seven goals for Aheebwa are among the 119 goals that were scored across the league in five games.

The majority of Aheebwa’s goals came against Onduparaka FC where he scored four which also enabled KCCA to go to fourth place with nine points before the league went on a break. Ocen has scored one fewer goal and his side is third with 10 points.

On the other hand, Kalumba has scored five goals for debutants UPDF and also had a memorable day when he scored four against Kitara FC. The Soldiers are surprisingly leading as they have 12 points, one more than URA.

Kisala denied coach Ssimbwa an opportunity to be crowned as the best coach for a second consecutive month.

“This success is attributed to the management, technical staff and players,” the UPDF tactician said after winning the award.

“As a newly promoted club, this is a great motivation for us. Our initial target was to finish in the top five and the chase is still on.”

URA have not lost a single game in the season as their campaign had started to pick up speed before it was paused because of the upcoming Chan.

The selected Ugandan players are already in Cameroon for an ongoing pre-Chan tournament that is set to culminate on January 7.

When is the Carabao Cup 2021 final? Teams, TV channel, prize money & everything you need to know

Wed Jan 6 , 2021
Everything you need to know about this season’s upcoming cup final showdown at the ‘Home of Football’ The 2020-21 Carabao Cup is heading into the final stage and it won’t be long until the first major national trophy is won in England this season. Having kicked off in August 2020, […] 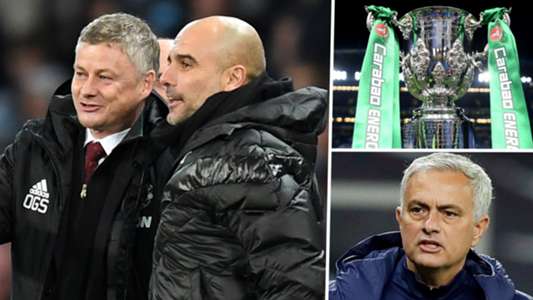