Musa Esenu and Robert Mukoghotya scored for the victors while Charles Lwanga scored for the former champions in Jinja. The 26-year-old has now opined on why he feels the Kasasiro Boys lost the game 2-1.

“Definitely disappointed as a group that we didn’t take all three points or anything from this game,” Mazengo said.

“We came here expecting to take home three points, but when they scored the first goal, we did not make the right adjustments to trouble them in the first half. I think we did not match their energy level, but honestly, I cannot blame any of my teammates or coaching staff because we prepared very well for this game.”

The Garbage Collectors were handed a lifeline when they won a penalty in the 81st minute, but Brian Aheebwa failed to halve the deficit after failing to convert. The hosts would then do everything possible to ensure they managed to get maximum points.

“They scored a second goal early in the second half, a mistake from our captain but that is football, and I love the spirit that we tried to fight back and, on another day, we could have taken a draw,” Mazengo added.

“When we got the penalty, it was the lifeline we needed in the game but when we missed the penalty with 10 minutes to go it was always going to be tough. They started wasting time, having players go down injured and even though we nicked one back later in the game it was not enough.”

The midfielder has now set his sights on the next game against Express FC hoping to get maximum points. He has further explained why the title race will be tough.

“It is tough, six games in the season and KCCA have lost three games already but we have to bounce back in the next game and take all three points.

“But we recognise that it is not going to be any easier because six or eight teams will be involved in the race, however, it is about us getting the results that we need to get.”

Sat Feb 13 , 2021
The youthful striker who joined K’Ogalo from the Powermen has been ruled out of the first leg meeting set for Sunday Gor Mahia have confirmed youthful striker Benson Omalla will not be available to face Napsa Stars of Zambia in their Caf Confederation Cup play-off clash on Sunday. The Kenyan […] 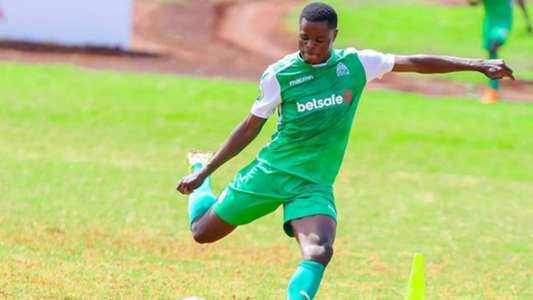