KCB head coach Zedekiah Otieno has been named the Football Kenya Premier League best coach for the month of December.

Otieno – who bagged Ksh50,000 in prize money – led KCB to straight victories in six games including four in the month of December and has consequently been named as the best tactician within that period.

The Bankers started the season on a bright note before they were beaten for the first time by AFC Leopards on matchday seven.

After opening the season with a 3-0 win over Posta Rangers on November 29, they ushered the month of December with a 1-0 win over Nairobi City Stars. They then played Kakamega Homeboyz – whose season has been characterised by lukewarm performances since –  a 2-0 victory on December 13.

On December 18, Otieno and his charges faced Bandari and won the encounter with a 2-1 scoreline and that was the very first goal they conceded – having kept three consecutive clean sheets in the opening games of the season. They fought and defeated an ambitious Wazito 1-0 on December 24 at home before keeping another clean sheet against Bidco United with a 1-0 victory on January 9.

When they faced AFC Leopards a week after playing Bidco United, the Bankers were handed their first defeat as a determined Ingwe took home a 2-1 win in what was the second instance when KCB conceded. When struggling Western Stima visited on January 24, KCB made amends after AFC Leopards’ loss and picked a 3-1 victory.

Their first draw of the season came when they were held to a 0-0 draw by the 2010 Premier League winners Ulinzi Stars on January 30. The first engagement in February was a match against Vihiga United where they struggled but eventually won the encounter with a 1-0 margin.

KCB are currently second with 25 points one behind Tusker who started their season on faulty ground after losing to AFC Leopards. The Brewers later improved and moved up the ladder swiftly to overtake the Bankers who have played one fewer game.

As they keep their title ambitions alive, KCB will have to fight for maximum points when they face Nzoia Sugar at Sudi Stadium on February 20, before visiting Sofapaka at Wundanyi Stadium four days later.

A match against Kariobangi Sharks at Kasarani Annex on February 28, a battle against Gor Mahia on March 8 and a home tie against Zoo FC are the other matches for Otieno’s side in February and March.

Tue Feb 16 , 2021
The Phobians are in search for a new trainer after ending their relationship with the Serbian  Ghanaian side Hearts of Oak and Serbian coach Kosta Papic have gone their separate ways, the club has announced. The two parties part company after barely three months of association. It was the coach’s second stint […] 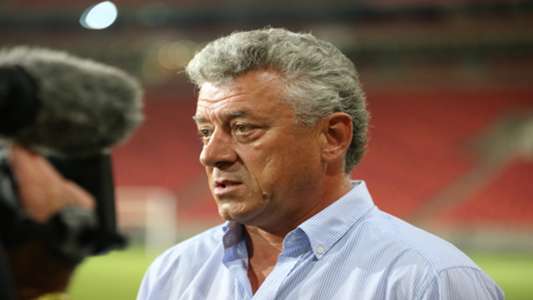