KCB fought back to share the points with Sofapaka after a 2-2 draw in a Football Kenya Federation Premier League match at Wundanyi Stadium in Taita Taveta county.

Lawrence Juma scored twice for Batoto ba Mungu as KCB got goals from Vicor Omondi and Reagan Otieno to avoid a defeat. Juma scored for Sofapaka in the 30th minute with a clinical volley over Gabriel Andika in KCB’s goal. Three minutes later, the Bankers restored parity when Victor Omondi equalised.

Ken Odhiambo was forced to make a change in the 42nd minute when goalkeeper Aigba Moubarak was injured and his place was taken by former Sony Sugar custodian Kevin Omondi. Further changes for Batoto ba Mungu were effected in the 46th minute as Timothy Otieno and Amissi Bizimana came on to replace Collins Wakhungu and Brian Nyakan.

In the 50th minute, KCB were awarded a penalty but Omondi saved Sofapaka from going down as he stopped the spot-kick. Eight minutes after the penalty was saved, Juma scored the second for the 2009 champions to give them the lead again.

Otieno equalised for the Bankers in the 76th minute and the score remained unchanged until full-time as both sides shared the points.

At Kasarani Annex, Wazito FC and Mathare United ended up sharing the points after a 1-1 outcome.

Maurice Ojwang scored for Wazito when Mathare United failed to clear the danger presented by their visitors in the third minute. Lennox Ogutu equalised for the Slum Boys in the 18th minute after he picked James Kinyanjui’s delivery and headed home.

Dani Lual and Kinyanjui launched an ambitious forward move but Wazito dealt with the challenge superbly in the 51st minute. Salim Ali made a change in the 56th minute when he threw Khalid Juma into action to replace John Mwangi while Wazito’s Francis Kimanzi responded by introducing Eric Otieno for Vincent Oburu.

Ali Abondo was cautioned with a yellow card in the 90th minute after he had replaced Whyvonne Isuza as neither side failed to get the winning goal even in additional time.

Wed Feb 24 , 2021
The 51-year-old tactician will hold talks with the former Mamelodi Sundowns player, who has struggled to establish himself at the Gers Bafana Bafana coach Molefi Ntseki has revealed he is worried about Bongani Zungu’s situation at Scottish giants Rangers where he could be punished for allegedly breaking strict health protocols.  The […] 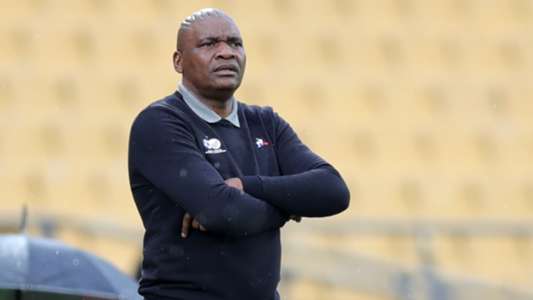