The Jogoos will welcome the debutants, who have experienced tough times in the top-flight, for a Saturday clash

MYDA are yet to win a game in the top-flight and a game at Bombo Barracks against the record league winners on Saturday gives them an opportunity to fight for maximum points although the odds are hugely against them.

“I think we have learnt that in this league anything can happen, and the game against MYDA is no exception,” Kaziba told Football256 .

“I know they have had a really tough time with the results recently and I watched their game when they lost 7-0 to Vipers SC,

“What has happened before does not matter at all. What matters is that the game pits Villa against MYDA and that is what we need to focus on because that is what we can control.

“But we have to be very careful against them, and we are not taking anything for granted nor are we thinking that the challenge will be any easier for us.

“We have to battle until the end and we have to be aware that we are playing against a team that has it all to play for and therefore we have to be on guard.”

According to to the club, new players have impressed so far from what they have been doing in training sessions but Kaziba will not be with two more players for the MYDa clash at home.

“The new additions to the squad, Sadam Masereka and Ronald Francis Olaki have impressed during training,” SC Villa confirmed .

“We are, however, without Gavin Kizito who is with the Hippos at the U20 Africa Cup of Nations and Fahad Bardiro who is out of the squad.”

The Jogoos are ninth as seven points separate them with debutants UPDF FC who have had a good season since promotion. The MYDA game is a chance for them to build on the home record where they have registered wins against KCCA FC and Mbarara City.

MYDA have been quite unstable at the back having conceded seven goals against Vipers in the last match.

Sat Feb 13 , 2021
The Brazilians’ bid for the continent’s premier club title continues against perennial competitors in Africa Mamelodi Sundowns kick off their Caf Champions League Group B campaign by hosting Al Hilal at Loftus Versfeld on Saturday. It will be Downs’ bid for a second Champions League title after first claiming it […] 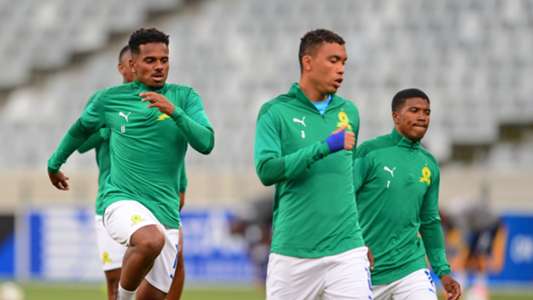