Yanga SC coach Cedric Kaze has come out to explain why his team has posted two consecutive draws, results which are frustrating them in their pursuit to win the Mainland Premier League in this campaign.

The Jangwani giants have suffered two setbacks since the second round of the league resumed as they picked a 1-1 draw against Tanzania Prisons and followed it up with another 1-1 draw against Mbeya City last Saturday.

While the two draws did not change the team’s position at the top of the 18-team league table, they allowed the chasing pack to close in on them.

The Burundian tactician, who is yet to lose a league match since joining the team as a replacement for Serbian Zlatko Krmpotic, has now said the lack of focus by his strikers to finish chances has costing them.

“It has been very unfortunate for us to lose four points in our last two games in a row, it was not our goal and in my opinion, I should have got six points in those games but at the same time, the problems come back to my players,” Kaze told reporters ahead of their league match against Kagera Sugar on Wednesday.

“In both games, we created a lot of chances to score but we failed to use them, I think we should fix that in our next games.

“We have already set our target to fight for the league title, and we will make every effort to ensure the goal is achieved despite the intense competition that we are experiencing from all the teams in the league.”

On his part, new Yanga signing Fiston Abdoul Razak has stated they have rectified their past mistakes and will end their run of two draws against Kagera Sugar.

The forward was signed by Yanga during the mini-transfer window and has so far managed to play two games for the giants without scoring any goals.

“Everyone is disappointed with the results we got in the previous game against Mbeya City, and we are determined to make sure we do better in our next games as our goal is to win the championship,” Razak told reporters.

Yanga will come up against a Kagera Sugar side they beat 1-0 in the first round at Benjamin Mkapa Stadium in Dar es Salaam.

Wed Feb 17 , 2021
The Frenchman has hailed his team-mate for “working hard” behind the scenes after he was given his first Premier League start in four months Olivier Giroud has praised Chelsea goalkeeper Kepa Arrizabalaga for staying “focused” amid intense criticism during his last year at Stamford Bridge. Thomas Tuchel handed Kepa his first […] 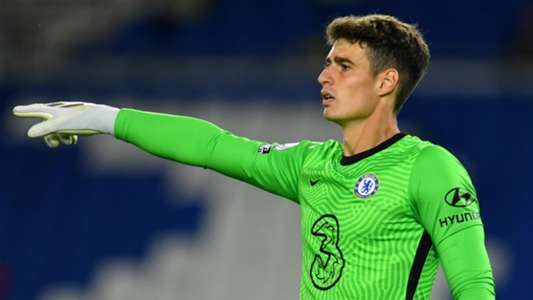