Yanga SC coach Cedric Kaze has claimed he will not blame anyone for the team’s third straight draw in the Mainland Premier League against Kagera Sugar on Wednesday.

The Jangwani giants went into the match at Benjamin Mkapa Stadium on the back of two straight draws – 1-1 against Tanzania Prisons and 1-1 against Mbeya City – and were keen to register their first win since the second round of the league resumed.

However, it was not the case, as Kagera Sugar under coach Mecky Maxime, came with different ideas, forcing the table-toppers to come from behind thrice and force a draw.

The Burundian tactician, who is yet to lose a league match since joining Yanga, has now said he will not blame any player for the latest draw, insisting they created several chances to score but could not.

“I do not blame anybody for the results,” Kaze said as quoted by Daily News after the match. “We had several chances to score goals but failed to utilise them well.

“In football, there are three results which include a win, lose and draw. We have drawn and need to get back to see where we went wrong ahead of the next matches.

“The problems of failing to use scoring opportunities we make during games are happening repeatedly as such, we really need to do something to correct such mistakes.”

Meanwhile, Maxime was happy with the outcome of the match, stating his players had played according to instructions and deserved to get a draw from the game.

“I knew the game will be difficult as we faced a big club but, when your players perform like that against a team like Yanga, you have to be happy for them,” Maxime told the same publication.

“I hope you have witnessed a good game because football is all about scoring goals and nothing less than that. When we were leading by 3-2, our tactic was to delay the match a bit but that changed after we conceded the third goal.”

The Sugar Millers took a shock lead in the 11th minute after Peter Mwaiyanzi scored from close range, but, Yanga responded in the 14th minute when Tuisila Kisinda levelled matters from the penalty spot.

Kagera then scored their second goal courtesy of Hassan Mwaterema in the 25th minute but four minutes later, Yanga were on level terms yet again when Deus Kaseke powered home with a well-curled effort into the bottom right corner.

With the game heading to half-time tied at 2-2, Kagera had other ideas as lethal striker Yusuf Mhilu scored the third to send them to the break with a 3-2 lead against the table-toppers.

On resumption, Yanga threw everything at Kagera with Kaseke and Kisinda coming close but they had to wait until the 61st minute when Mukoko Tonombe scored their third goal, which helped them to snatch a vital point and keep their unbeaten run.

Yanga will face Mtibwa Sugar in their next league assignment on Saturday.

Fri Feb 19 , 2021
The former Downs forward’s total output for this season is 33 minutes against Golden Arrows in December and 27 minutes against SuperSport in January AmaZulu head coach Benni McCarthy has made it clear that striker Phakamani Mahlambi needs to work harder to get more game-time. As an exciting teenage marksman […] 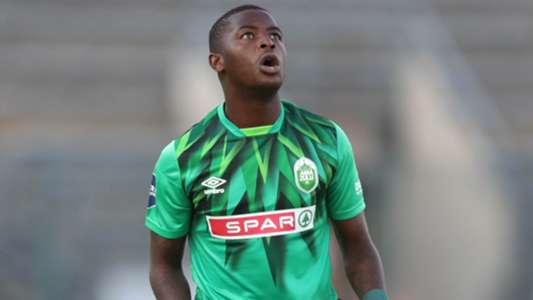