Neither side could register a goal to separate them despite playing out an end-to-end showdown in the capital city.

Stars’ head coach Benjamin Nyangweso made a first change in the 55th minute when he withdrew Elvis Nandwa for Oscar Wamalwa. Five minutes later, the Nakuru outfit failed to break the deadlock again as Brian Birgen’s ferocious strike was stopped by Brian Bwire in the Sharks’ goal.

There were two late changes by Nyangweso; as Ibrahim Shambi replaced Daniel Waweru while Masita’s place was filled by Clinton Omondi. However, they did not bring about much impact, as the two sides shared the spoils from the stalemate.

The Sugar Millers came into the encounter seen as the underdogs but proved critics wrong by how they took the game to their opponents.

After Kakamega Homeboyz had proved to be a firm side at the back, Dennis Wanjala attempted to find the top corner in the 19th minute but the effort was deflected out for a corner.

James Kibande would have broken the deadlock in the 21st minute but Peter Wainaina did well to block the Nzoia Sugar striker, who had found some space inside the area.

Homeboyz later ventured outside their own half and forced the visiting goalkeeper into a fingertip save in the 27th minute. David Odhiambo had spotted Katasi off his line but the goalkeeper’s quick reaction saved the day for Nzoia Sugar as he parried the ball away.

Joseph Mwangi was handed his Nzoia Sugar debut when he came on for Leonard Kasembeli at the hour mark. Three minutes after Mwangi’s introduction, Kibande shot wide despite finding himself clear through.

Sat Jan 2 , 2021
The 30-year-old has shed light on his club career, days after retiring from international duty  Former Ghana international Emmanuel Agyemang-Badu reveals he is no longer contracted to Serie A side Hellas Verona. After making a return to action for the club towards the end of last season following a health […] 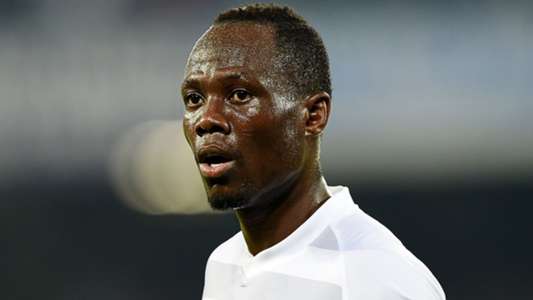