Neither side could register a goal to separate them despite playing out an end-to-end showdown in the capital city.

“Sometimes a point is just enough, you might not know how it will help in future,” Muluya told Goal.

“We had come into the game targeting a win which would have taken us closer to leaders KCB. But we did not break down our visitors owing to their good defending.”

The youthful coach has conceded there is work to be done in the attacking department, but did not criticise his forwards for missing scoring chances, stating it is not unusual for that to happen.

“Sometimes a game like this does not require you to get more than two scoring chances, [you need one or so to win],” Muluya added.

“In the first half, we had an opportunity to score, if we could have capitalised on that chance maybe we would have gotten maximum points.

“It is not out of order for your strikers to miss chances, it happens at times and we will work on it to try and make them clinical in the forthcoming assignments.”

Ulinzi Stars coach Benjamin Nyangweso has also pointed out his team played well but had scoring problems too.

In the four games played, the four-time champions have managed to score in only one game, a 2-0 win over Kakamega Homeboyz. They lost 1-0 to Gor Mahia and registered identical 0-0 draws against Wazito FC and Sharks.

“We played well but had a problem in taking the chances we created,” Nyamgweso told Goal.

“There were several scoring opportunities created but finishing them was a problem.

“There was no problem in defending because we did it as a team. Now we need to go and improve the striking department and see how we should start scoring goals.”

Sun Jan 3 , 2021
Doctors treating the Norway international right-back have indicated that the signs are promising thus far Galatasaray defender Omar Elabdellaoui is said to be making a “positive” recovery after a firework blew up in his hands during New Year celebrations. The Norway international was rushed to hospital after suffering injuries to […] 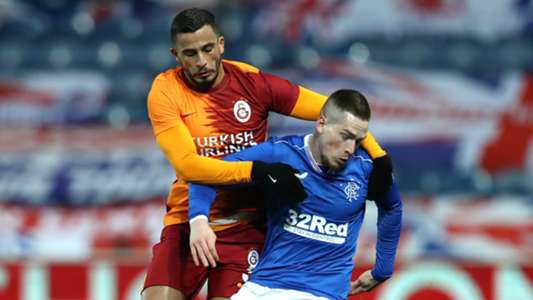