Harry Kane has been warned “the grass isn’t always greener” when it comes to transfer plans, with Peter Crouch telling the Tottenham striker to shun any interest from Real Madrid and earn himself a statue in north London.

Speculation regarding a big-money move continues to rage around one of the most prolific strikers in world football.

Kane, who is now 27 years of age, has been a model of consistency over several seasons, allowing him to pass the 150-goal mark in the Premier League and earn the captain’s armband with England.

Plaudits have rained down on the talented frontman, but he has no collective honours to show for his individual efforts.

It has been suggested that personal ambition will lead Kane to go in search of trophies elsewhere, but Crouch believes ultimate targets can be hit in his current surroundings as legend status is cemented.

“I think if you win something at Tottenham, it is going to mean 10 times more than going to Real Madrid and winning something.

“He’s a top player and he deserves the best so nobody can begrudge him anything if he wants to move.

“But I just feel like if he thinks there’s a chance of winning something at Tottenham I think it would mean far more to him than if he went somewhere and perhaps won a league title in a different country.

“Whereas at Tottenham, if he finishes there or he manages to win something there, they’ll have a statue built for him, wouldn’t they?”

Crouch has watched on from afar as a player he once saw coming through the academy ranks at Tottenham has earned a standing among the global elite, with Kane taking his game to new heights this season as 14 assists have been contributed alongside 19 goals.

“It has been magnificent to see him evolve,” added Crouch.

“I was at Spurs when he was coming through as a kid and he trained with us. I wouldn’t say he burst on the scene and we all went ‘wow’ but he always used to score in every game in training. There was definitely something about him.

“The way he has worked on his game and improved it, he’s like a manager’s dream. Any sort of young player should look up to someone like him.

“He is so two-footed, you can see he has worked on that, good in the air, and then he has adapted his game again this year where you feel he is dropping into those little holes and it is almost Teddy Sheringham like.

“Then there’s rapid passes into [Heung-min] Son, spraying 60-yard cross-field passes, but he’s still getting the goals he always has done.

“The way he has evolved, he is one of the best strikers in Europe, without a doubt.”

Thu Jan 28 , 2021
The communication official has been additionally fined after he failed to obey a September 2020 disciplinary order Yanga SC Media Liaison officer Hassan Bumbuli has been banned from engaging in football activities for three years. The official, according to Tanzania Football Federation Disciplinary Committee, has been banned for failing to […] 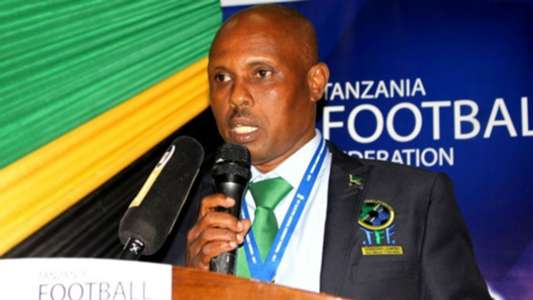