Jose Mourinho is expecting Harry Kane to be out for at least “a few weeks”, with the Tottenham head coach revealing that the striker “has injuries in both ankles”.

Kane was forced to withdraw from Tottenham’s home clash with Liverpool at the half-time interval after suffering multiple knocks.

The 27-year-old was seen clutching his ankle after a challenge with Thiago early on, before going down again later in the half in visible discomfort.

He lasted until the break before being taken off for Eric Lamela, and had to watch on from the stands as Spurs suffered a damaging 3-1 loss.

Mourinho revealed the full extent of Kane’s injury woes post-match, telling reporters: “Two ankles, the first was a bad tackle, it was Thiago, the second one I didn’t know well.

“But two injuries in both ankles, the second one worst than the first one – a few weeks, I don’t know.

“There are some players you can’t replace. When it happens it happens but I believe we have to fight against it, we cannot do anything else.”

Tottenham will now be sweating on a prized asset’s fitness ahead of a meeting with Brighton at the weekend, which they cannot afford to close after slipping four points behind Liverpool in the race for Champions League qualification.

Mourinho’s men were second best throughout the clash with the Reds, who earned three points thanks to goals from Roberto Firmino, Trent Alexander-Arnold and Sadio Mane.

Pierre-Emile Hojbjerg grabbed what turned out to be nothing more than a consolation goal for the Lilywhites, with their manager admitting that too many individual mistakes ended up costing the north Londoners.

“My analysis is that we started very well, but before we scored the offside goal we showed immediately what the game was going to be for us – a big occasion for Mane, a big defensive mistake,” Mourinho added during an interview with BBC Sport.

“That was the game for us, the team in the first half was very well organised, the goal is another mistake in the same position.

“The second half we had to make changes, we lose Harry, had to change the structure of the team. First minute, same mistake, second goal. Good reaction, another mistake and goal.

“It was a team fighting against its own mistakes. Some individual mistakes that you saw, you can replay and I cannot say much more than that.”

Thu Jan 28 , 2021
The Zambia star continued his fine goalscoring streak as he guided Alexander Blessin’s men to their second straight win in the Belgian top-flight Fashion Sakala scored a brace as KV Oostende secured a 2-1 win over Standard Liege in Thursday’s First Division A encounter. The 23-year-old continued from where he […] 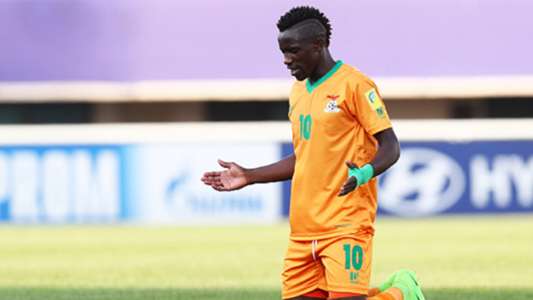