Having suffered a 1-0 home defeat to Nice their last time out, Franck Haise’s men picked all three points at stake against Michel Der Zakarian’s side – who are winless in their last seven French elite division outings.

With just seven minutes into the game, the Blood and Gold took the lead through Doucoure who got the better of Dimitry Bertaud. Profiting from a poorly cleared corner kick by Montpellier defenders, the Malian rifled an unstoppable shot past the stranded goalkeeper.

The hosts put up a good fight in their quest to level matters, but their energies met strong resistance from the visitors who put up a solid defensive showing.

In the second half, La Paillade came out sturdier but it was the visitors who got their second goal through a beauty from Kakuta in the 67th minute thanks to an assist from Doucoure.

Eleven minutes later, substitute Elye Wahi pulled one goal back for the hosts. The 18-year-old French youth international of Ivorian descent put his bicycle kick past goalkeeper Jean-Louis Leca after Junior Sambia had launched a cross into Lens’ goal area.

Despite a late surge by Der Zakarian’s team, they were unable to avoid defeat as they extended their winless streak to eight.

Doucoure and compatriot Massadio Haidara were in action from start to finish for the visiting side, while Kakuta was replaced in the 72nd minute by Tony Mauricio. French forward of Congolese descent Arnaud Muinga was brought in for Simon Banza, whereas, Guinea’s Issiaga Sylla, Ivorian midfielder Seko Fofana, Cape Verde’s Steven Fortes and Cameroon’s Ignatius Ganago played no part in the triumph.

For the hosts, South Africa’s Keagan Dolly was handed his third start of the 2020-21 campaign, albeit, he came off for Arnaud Souquet in the 63rd minute but Algeria’s Andy Delort, Congo’s Beni Makouana and Cameroon’s Ambroise Oyongo were unused substitutes.

Thanks to this win, Lens moved to sixth in Ligue 1 log having accrued 34 points from 22 outings, with Montpellier occupying 11th spot with 28 points from the same number of matches.

Sat Jan 30 , 2021
The former Red Devils star was surprised by the tame performance against the Gunners Manchester United players look scared to challenge for the Premier League title this season, says former midfielder Roy Keane. Ole Gunnar Solskjaer’s men played out a goalless draw with Arsenal on Saturday, causing them to slip […] 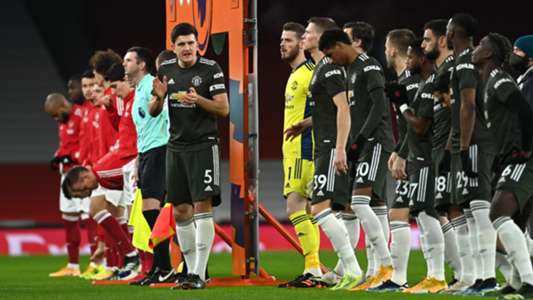