Vipers SC coach Fred Kajoba has stated the going is getting tough for the team in the Ugandan Premier League as they prepare to face BUL FC on Tuesday.

The Venoms will welcome the struggling side hoping to maintain their formidable home record against them at the St Mary’s Kitende Stadium in Kampala.

Ahead of the match, the veteran Kajoba has cautioned his players to stay focused if they are to collect maximum points, insisting the going has started to get tough for his side.

“The team did an excellent job and displayed an unrelenting character in the previous win, however, we need to keep focused and calm going into the next fixtures because the going is only getting tougher,” Kajoba told the club’s official website.

Kajoba has also confirmed his concern with the leaking defence which has conceded in all but two games they have played so far this campaign, and explained what he was doing to end the problem.

The reigning champions have already let in 10 goals in eight games, a tally that Kajoba says must be worked on before it is too late.

“There will be a few blushes here and there, but changes can’t happen in one or two days,” Kajoba continued. “It’s a concern that we are continuously working on in our practice and there are good signs that things will get better.”

During their last league outing, the Venoms conjured one of their remarkable comebacks in their home games as they managed to come twice from behind to beat Police FC 3-2.

Kajoba’s side has already beaten Kitara FC, MYDA FC, UPDF FC, and Police at the St Mary’s Stadium in the 2020/21 campaign, and a win for them against BUL will keep them on top of the table and also boost their confidence going into their away encounter with Onduparaka FC away in Arua on Saturday.

On the other hand, BUL have won only one of their last five games with their last win coming against KCCA FC at Bugembe Stadium, and they will come into this game seeking quick answers following a humiliating 4-0 home defeat to high-flying Express FC last Saturday.

Vipers will miss the services of goalkeeper Alex Kiggundu owing to injury but Bashir Sekagya and Fabien Mutombora are available for selection in his position, while Rashid Toha, who has resumed training, will have to undergo a late fitness test to determine his availability.

Caf Champions League: What Simba SC must do to beat Al Ahly – Baraza

Tue Feb 23 , 2021
The Biashara United tactician urges the Msimbazi giants to display a disciplined game against the Red Devils at Mkapa Kenyan coach Francis Baraza believes Simba SC have the potential to get a positive result against Al Ahly when they face off in a Caf Champions League match on Tuesday. The […] 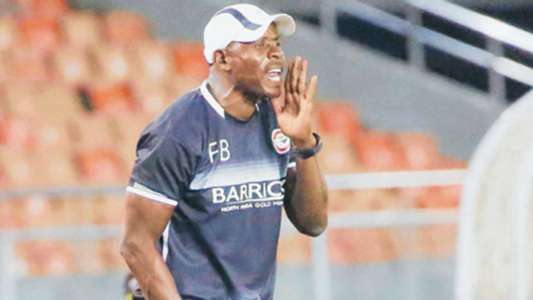