The reigning champions have played three games and managed to get seven points, and as a result they are placed eighth on the UPL table

Vipers SC coach Fred Kajoba is satisfied with the competition in the club’s attacking department.

The tactician has further stated he will be giving a chance to the players who impress him in training.

“It is pleasing to have such an amazing group of strikers at the club because it is their quality that brings the competition amongst them as they try to vie for playing time,” Kajoba said ahead of the game.

“And definitely I will choose them according to who performs better than the other in training. These are professionals and I know time will come when I will be chosen at random because they are all good and it is all about them to keep impressing me.”

The 56-year-old has further stated his charges are ready to go since almost everybody is available for the assignment.

“We are ready to go again and with nearly a full squad with a motive of defending the league title,” Kajoba added.

“We only have a few injury concerns and also those players on national duty with the Uganda Hippos; otherwise we are set and good to go.”

The reigning champions have so far played three games and managed to get seven points, and as a result, they are placed eighth on the UPL table.

Meanwhile, Myda FC head coach Abdul Swamadu Musafiri believes his team has struggled in the UPL owing to lack of experienced players in the team.

The promoted charges have started life in the top tier in bad fashion, having collected one point from the four games played. The tactician has also pointed out losing key players is the reason why his team is struggling.

“I think we have lacked crucial experience at this level especially in match situations,” Musafiri conceded.

“Some of the players more so in the backline came up short regarding experience since it was their first time playing in the top tier. However, they are learning more after every game. I do trust them and have the belief that they can go on and have a top career, but frankly, they still have some learning to do

“You are aware that we lost some of the players from the team that gained promotion from the Big League and we were forced to bring in new talents.”

Fri Feb 5 , 2021
The club has revealed other new players who will fill the gaps left by the departing stars before the season resumes Ugandan Premier League side Wakiso Giants have confirmed the departure of five players ahead of the resumption of the competition. Karim Ndugwa, Gadafi Wahab, Osman Miraji, George William Katende […] 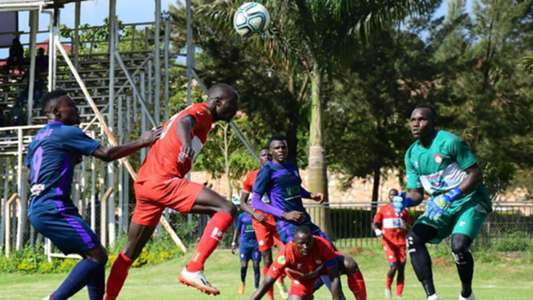