The reigning champions produced their ‘A’ game to beat the promoted side 7-0 at St Mary’s Stadium.

However, despite the big win, the tactician believes his charges should have done better and get more goals.

“Definitely I am happy with the result and the performance,” Kajoba said as quoted by Football256.

“That is the way for a big team like Vipers, but we should not be resting because there is a lot that needs to be improved. Yes, the result flatters, but our performance should have been better because we could have scored eight or ten on the day.”

The veteran tactician believes his charges are still an unfinished side and have the potential to get positive outcomes convincingly and consistently.

“There are certain things that need to be improved. I know how good this group can be and am sure we can get to a level where we produce such results consistently,” Kajoba added.

“Until we get there, we are not resting, and we shall not celebrate the victory as much though we take the positives from the game.”

Initially, the tactician had expressed his delight with the competition in the club’s attacking department.

Kajoba, however, stated he will be giving a chance to the players who impress him in training.

After Saturday’s win, the Venoms moved third on the log with 10 points from the four games they have played. The Kitende-based charges have registered three wins and a draw, scoring 15 goals in the process and conceding one.

Myda are 15th with one point after five games. They have lost four games and drawn just one, scoring eight goals and conceding 19.

Mon Feb 8 , 2021
A former Anfield favourite was surprised by the Brazilian’s “uncharacteristic” performance in the top-of-the-table clash at the weekend Steve McManaman has slammed Alisson for his “amateurish” display against Manchester City, insisting the Liverpool goalkeeper “had the worst game that anyone has seen in the Premier League”. Alisson had a day […] 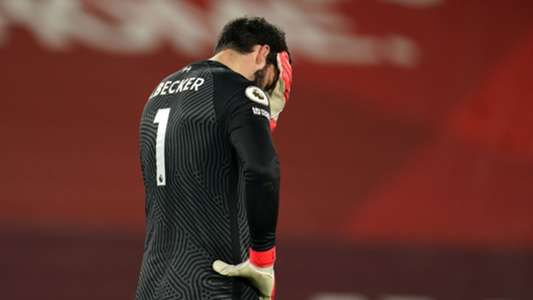